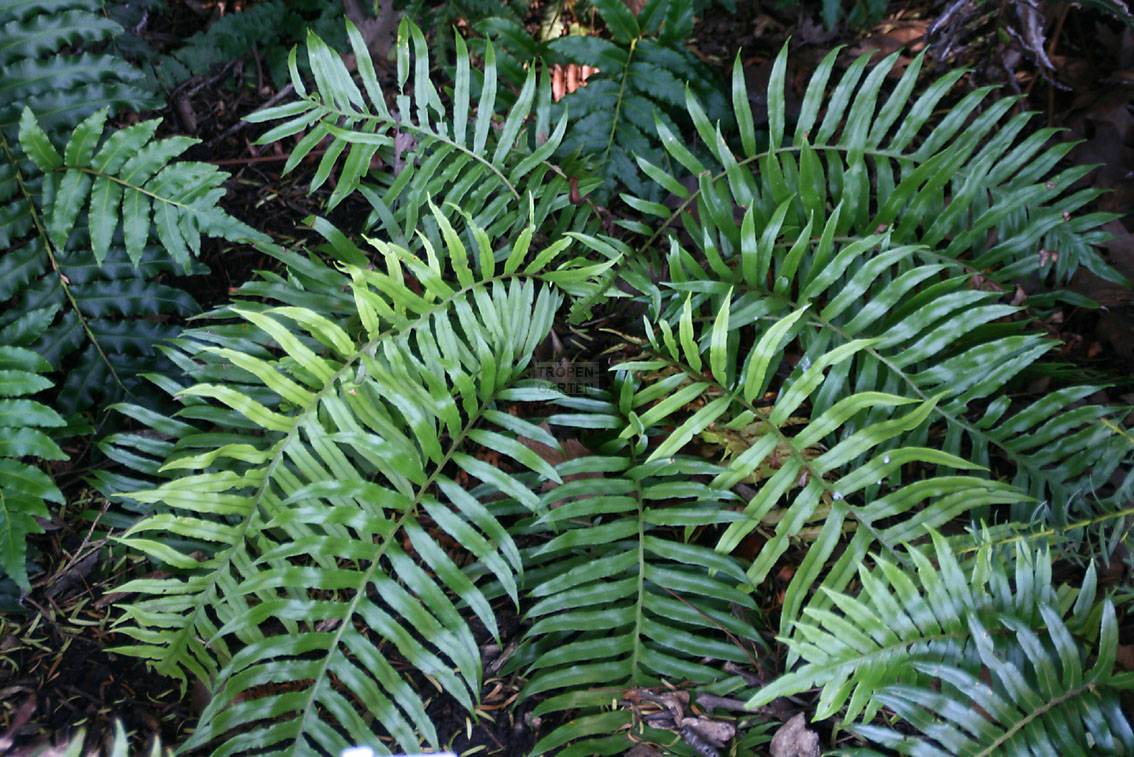 Cycas is the type genus and the only genus recognised in the family Cycadaceae. About 113 species are accepted.Cycas circinalis, a species endemic to India was the first cycad species to be described and was the type of the generic name, Cycas. The best-known Cycas species is Cycas revoluta. Cycas is a very ancient genus of trees. The group achieved its maximum diversity in the Jurassic and Cretaceous periods, when it was distributed almost worldwide. At the end of the Cretaceous, when the non-avian dinosaurs became extinct, so did most of the cycas in the Northern Hemisphere. Blechnum (hard fern) is a genus of between 150-220 species of ferns with a cosmopolitan distribution, in the family Blechnaceae in the eupolypods II clade of the order Polypodiales.By far the greatest species diversity is in tropical regions of the Southern Hemisphere, with only a few species reaching cool temperate latitudes in the Southern Hemisphere (notably B. penna-marina, south to Cape Horn, Chile, the southernmost fern in the world) and Northern Hemisphere (notably B. spicant, north to Iceland and northern Norway).Most are herbaceous plants, but a few species (e.g. B. buchtienii and B. schomburgkii in Ecuador) are tree ferns with stems up to 3 m tall. Blechnum varies from most ferns in having a separation of sterile (photosynthetic) and fertile (reproductive) fronds in the same plant.