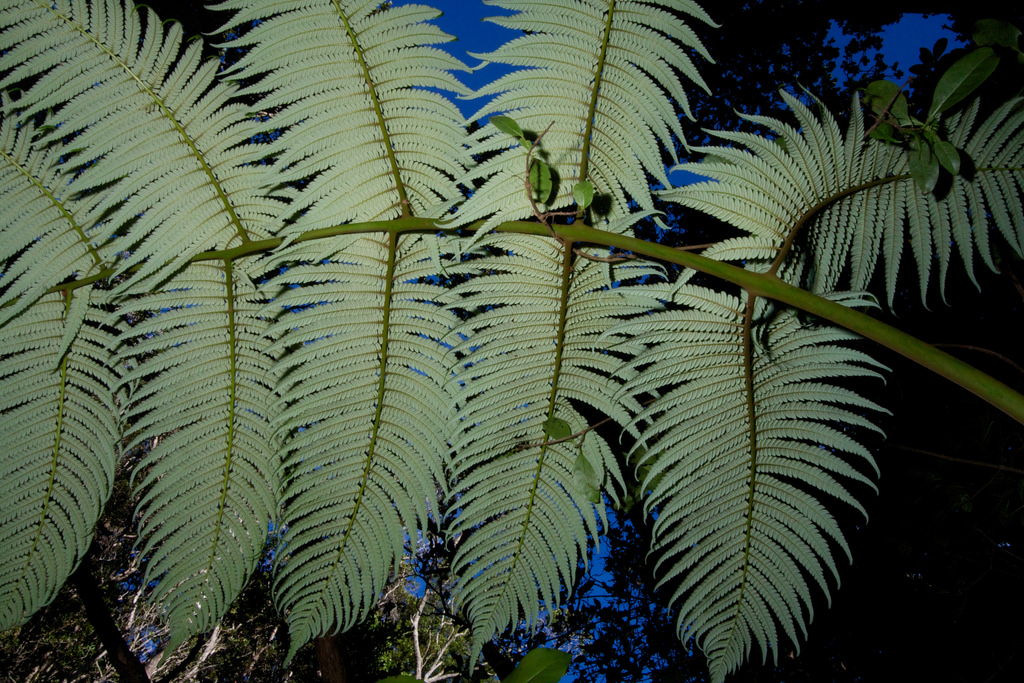 Cibotium (from the Greek kibootion, meaning chest or box), also known as manfern, is a genus of 11 species of tropical tree ferns. Species of the genus are distributed fairly narrowly in Hawai?i (four species, plus a hybrid, collectively known as h?pu?u), Southeast Asia (five species), and the cloud forests of Central America and Mexico (two species). The natural habitat of Cibotium is among the dripping trees and stream gullies of the rainforests on Hawai?i's windward volcanic slopes. The fossil record indicates that the genus was once a part of the boreotropical flora found in Europe, eastern North America, and western Asia. Fossilized Cibotium oregonense was found near Medford, Oregon, and fossilized Cibotium iwatense was found in Iwate, Japan. No publicly accessible Cibotium collections are growing outdoors in the United Kingdom, but two glasshouse collections are kept at the Royal Botanic Gardens, Kew, and the RBG Edinburgh in Scotland. Specimens of Cibotium regale in the Royal Greenhouses of Laeken are visible to the public when the glasshouses open in May.