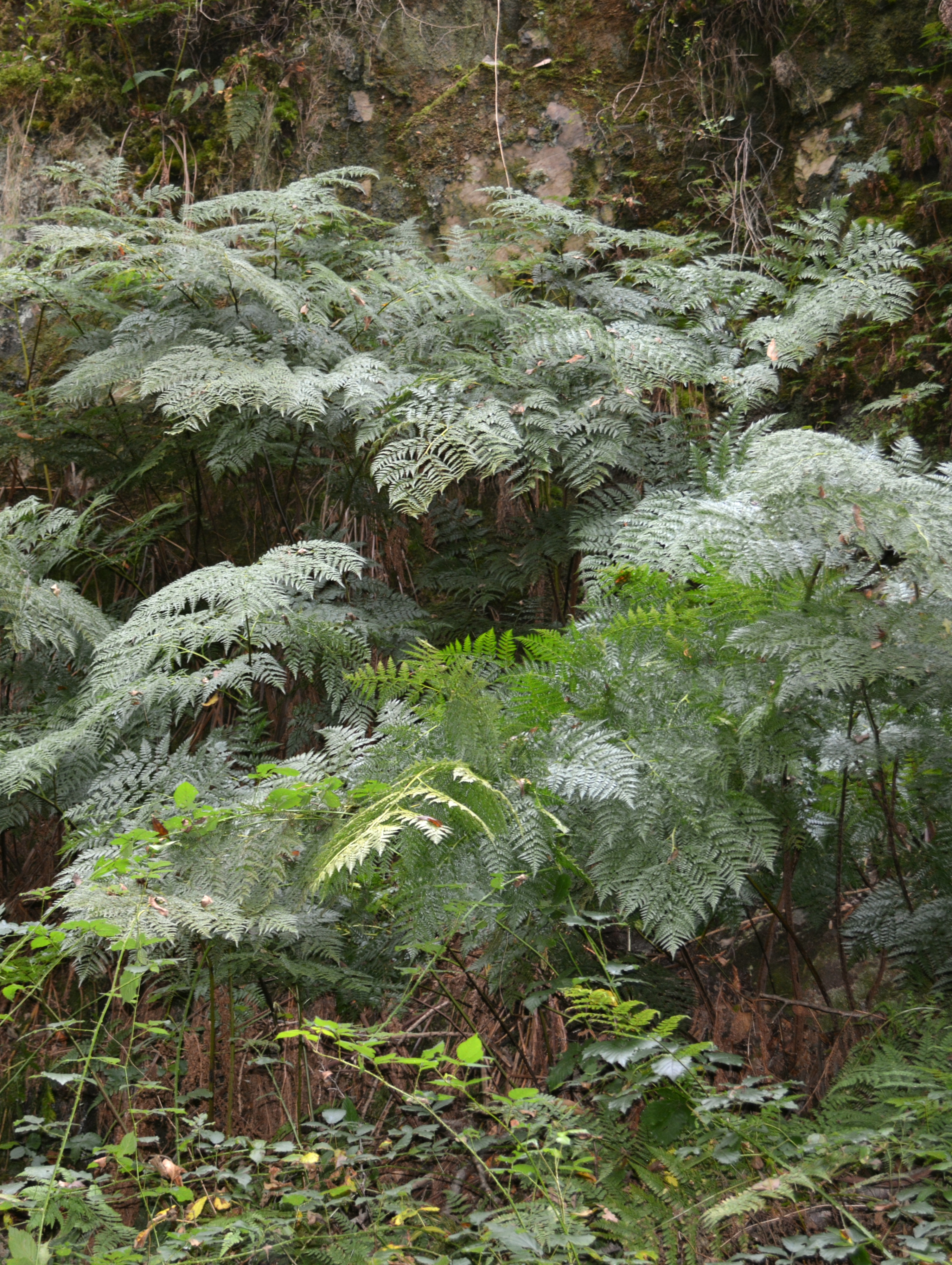 Culcita macrocarpa C.Presl 1836 known by the common names of the fetus or feto-abrum is a species of pteridophyte belonging to the family Culcitaceae (formerly included in the family Dicksoniaceae ) with distribution restricted to the Macaronesian biogeographic region and to the southwest of EuropeC. macrocarpa is a perennial homosporous fetus with a thick, crawling rhizome characteristically covered by piliform lamellae of reddish color with protective function. The rhizomes can reach more than one meter in length and be forked. The fronds can exceed 2 meters in length, with bi-pentapinated blades with lanceolate lobes of choreaceous consistency. The petiole is generally the same length as the blade. It produces marginal reniform sera at the end of the ribs protected by an indusio formed by two valves, one formed by a true industry and another formed by an extension of the own blade. The sporangia are pyriform with basipetal maturation and oblique ring, spores triléticos