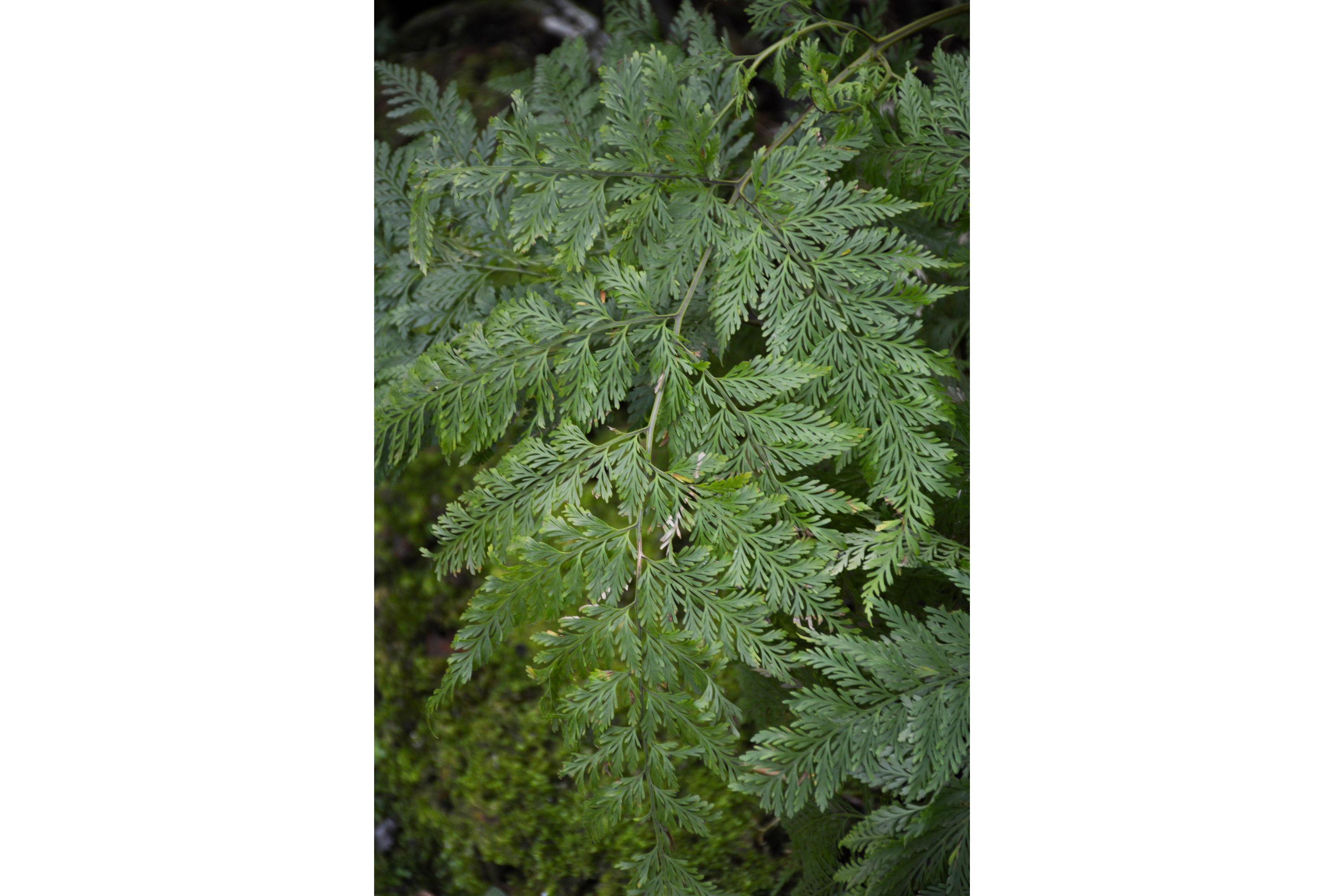 Davallia (deersfoot fern, hare's foot fern, shinobu fern, rabbit foot fern, ball fern) is a genus of about 40 species of fern. In the Pteridophyte Phylogeny Group classification of 2016 (PPG I), it is the only genus in the family Davalliaceae, which is placed in the suborder Polypodiineae, order Polypodiales. Alternatively, the family may be placed in a very broadly defined family Polypodiaceae sensu lato as the subfamily Davallioideae. The family is sister to the largest family of ferns, Polypodiaceae, and shares some morphological characters with it. Species are epiphytic ferns, with fronds arising from long aerial rhizomes which grow on and over thick bark on trees or on rock crevices. Usually epiphytic or epipetric. Rhizomes dictyostelic, dorsiventral, densely scaly. Stipes articulate at base. Phyllopodia short. veins free. Sporangium stalk 3-rowed. Annulus vertical. Spores monolete. Gymnogrammitis and Leucostegia were once included in Davalliaceae, but these are now known to belong elsewhere. Gymnogrammitis is in a clade with Selliguea and others in the family Polypodiaceae. Leucostegia is in the family Hypodematiaceae, which consists of Hypodematium and Leucostegia, and possibly Didymochlaena as well. In 2008, a molecular phylogenetic study of Davalliaceae showed that none of the polyspecific genera recognized at that time were monophyletic. In that same year, a revision of the family divided it into five genera. One of these, Araiostegiella, was newly described. The genus Davallia was divided into two sections, named Davallia and Trogostolon. Based on molecular phylogenetic studies, the Pteridophyte Phylogeny Group classification of 2016 (PPG I) accepts only one genus in the family, Davallia, sinking the other genera into synonymy. The study on which the PPG I circumscription is based divides the genus into seven sections. Davalliaceae is native to tropical and subtropical regions of the Pacific, Australia, Asia, and Africa. Plants are usually epiphytic, sometimes lithophytic or terrestrial. Many species of Davallia are in cultivation, with Davallia tyermanii, Davallia fejeensis, and Davallia solida being perhaps the most well-known. A key to the cultivated species of Davallia is available. D. polypodiaceae, D. canariensis and D. trichomanoides are also grown as ornamental plants. D. fejeensis is the most common Davallia species in commerce, and D. canariensis is widely grown as a house plant.