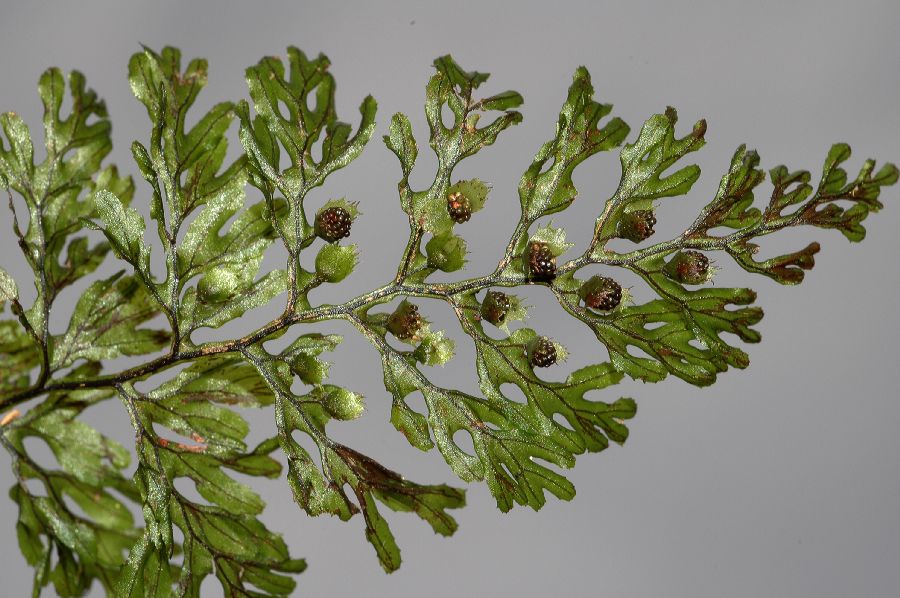 Hymenophyllum tunbrigense is a breeding plant species first described by Carolus Linnaeus , and became known as James Edward Smith . Hymenophyllum tunbrigense is included in the genus Hymenophyllum and the Hymenophyllaceae family. In addition to the nominal form, there is also the subspecies H. t. Cordobense. Hymenophyllum is a genus of ferns in the family Hymenophyllaceae. Its name means "membranous leaf", referring to the very thin translucent tissue of the fronds, which gives rise to the common name filmy fern for this and other thin-leaved ferns. The leaves are generally only one cell thick and lack stomata, making them vulnerable to desiccation. Consequently, they are found only in very humid areas, such as in moist forests and among sheltered rocks. They are small and easy to overlook.