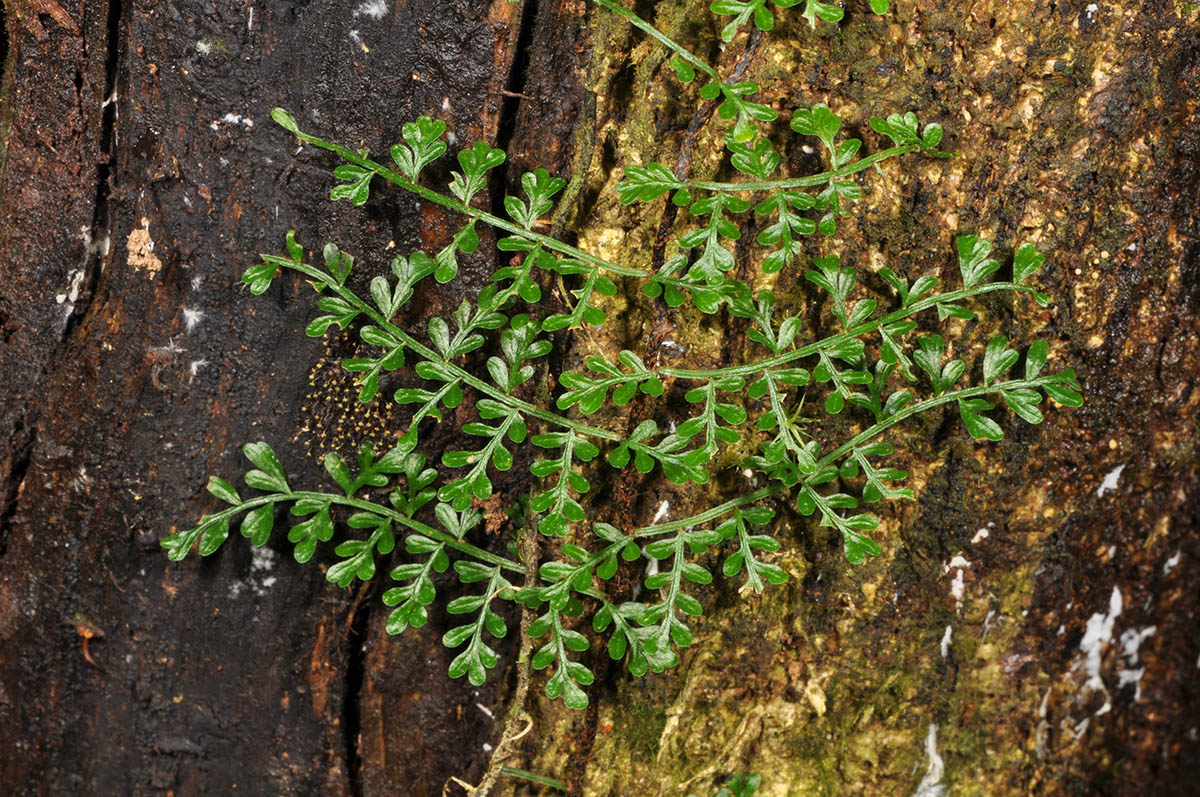 Acrostichum is a fern genus in the Ceratopteridoideae subfamily of the Pteridaceae. It was one of the original pteridophyte genera delineated by Linnaeus. It was originally drawn very broadly, including all ferns that had sori apparently "acrostichoid", or distributed in a uniform mass across the back of the frond, rather than organized in discrete sori. This led Linnaeus to include such species as Asplenium platyneuron in the genus, because the specimen he received had sori so crowded that it appeared acrostichoid.