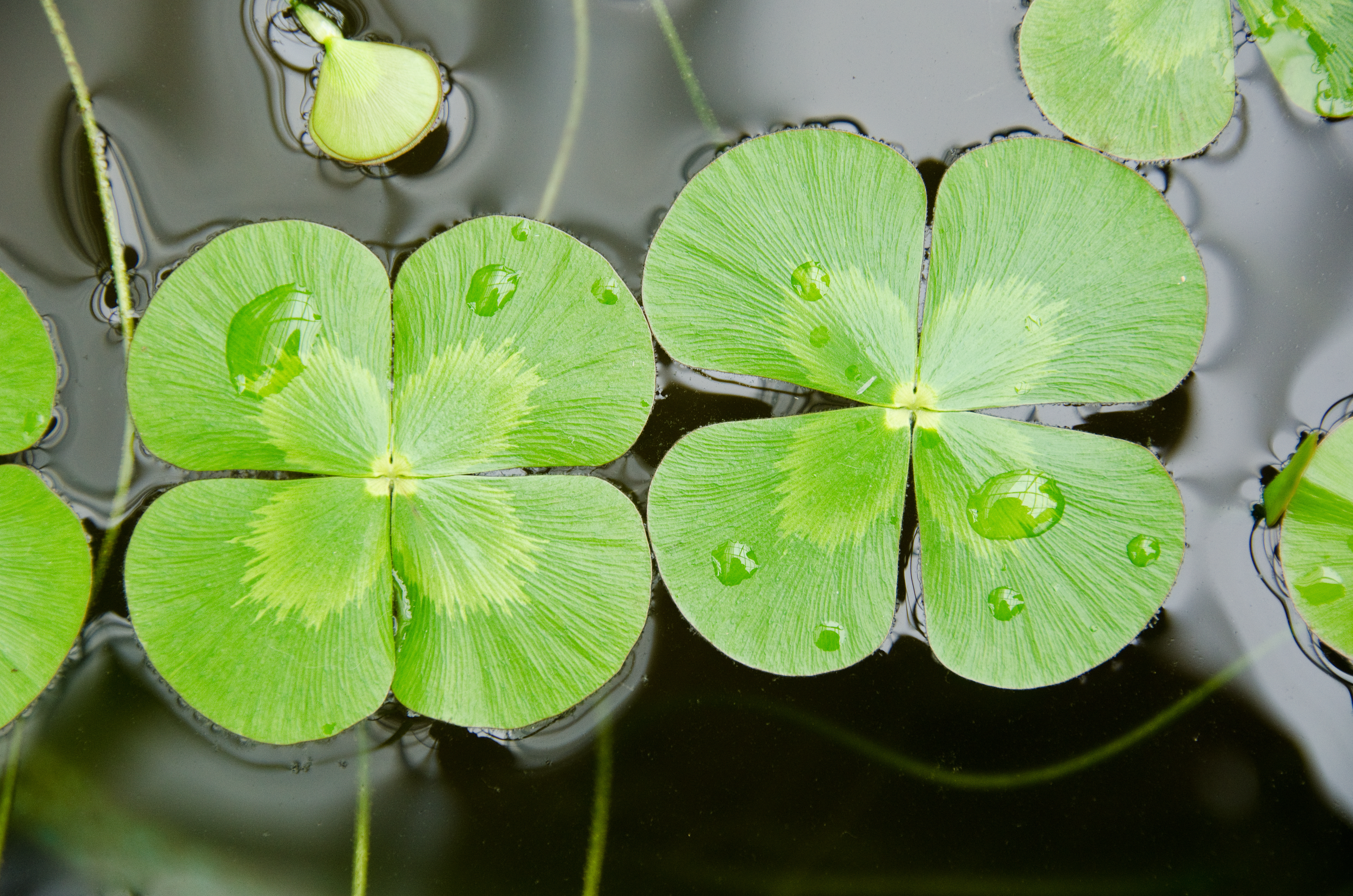 Marsilea minuta, or dwarf waterclover is a species of aquatic fern in the family Marsileaceae. It is not to be confused with Marsilea minuta E.Fourn. 1880, which is a synonym for Marsilea vestita. Other common names include gelid waterklawer, small water clover airy pepperwort, and pepperwort, though the lattermost also applies to plants in the genus Lepidium. In French it is called marsilea à quatre feuilles (literally "four-leafed marsilea") and petite marsilée (literally "little Marsilea"), the latter appearing to be a calque with the Latin botanical name. In Chinese it is (nan guo tian zi cao), literally "southern field word grass," referencing the similarity of the leaflet shape to the Chinese character for "field." The Koch Rajbongshi people and Garo people call it shusni shak. It is called ('shushni shak') in Bengali. In parts of India it can be called sunisanakka. In Indonesian it is semanggi (literally "clover"), but this name also applies to Marsilea crenata. In Japanese it is nangokudenjiso and in Thai it is phakwaen. In Malaysian it is tapak itek (literally "site duck"). In the Philippines it is kaya-kayapuan (literally "so crowded"). M. minuta has a strongly variable appearance, which often leads to confusion with closely related species. In the water the plant is creeping and spreading, while on land it can appear cushion-like. It typically is perennial but sometimes appears annual. It is a tenagophyte, with the juvenile growing submerged and the adult typically terrestrial. It has a light brown to green rhizome that is 0.4-0.8 millimetres thick with short tan hairs at the ends and internodal roots. The land leaves are on erect, terete, 5-13 centimetres (2.0-5.1 in) long petioles. The leaflets are 0.8-1.7 centimetres by 1.2-2 centimetres, mostly glabrous, cuneate or flabellate. The leaves in water are typically not floating, but emergent from the water. Fertile leaves are produced on land with up to four sporocarps each at penduncles near the base of the petiole. It has a small sporocarp that is 2.6-4.1 millimetres long, 2.4-3.1 millimetres wide, and 1.3-1.7 millimetres thick. The sporocarp has a superior tooth at the apex of the stalk and an inferior tooth at the base.The sporocarp has a conspicuous 1.5-2.2 millimetres long raphe, about ⅔ the length of the sporocarp and semi-terete. Unlike a few Marsilea species, M. minuta sporocarps mature above ground.