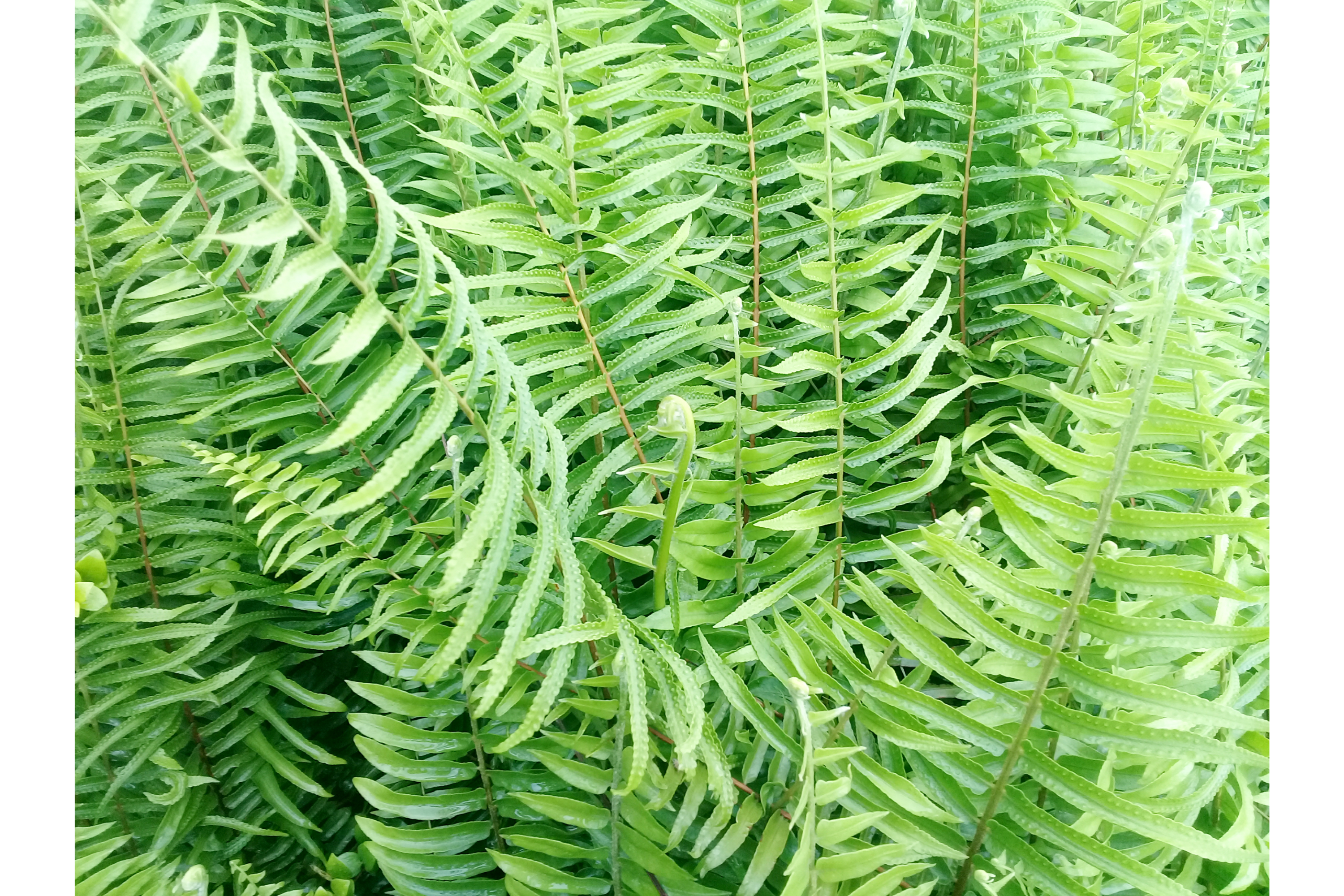 Nephrolepis biserrata (giant swordfern) is a tropical fern, endemic to Florida, Mexico, the West Indies, Central America, South America, Africa, and southeast Asia. Its stipes are grayish brown and 10–50 cm × about 4 mm in size, with brownish-green, papery lamina that are 14–30 cm wide × 0.7–2 m in length. It often is labeled, Macho Fern, at nurseries. after its aggressive growth nature when compared to ferns such as the Boston Sword Fern, Nephrolepis exaltata that is planted more commonly. Nephrolepis is a genus of about 30 species of ferns. It is the only genus in the family Nephrolepidaceae, placed in the suborder Aspleniineae (eupolypods I) of the order Polypodiales in the Pteridophyte Phylogeny Group classification of 2016 (PPG I). (It is placed in the Dryopteridaceae in some other classifications.) The genus is commonly referred to as macho ferns or swordferns.