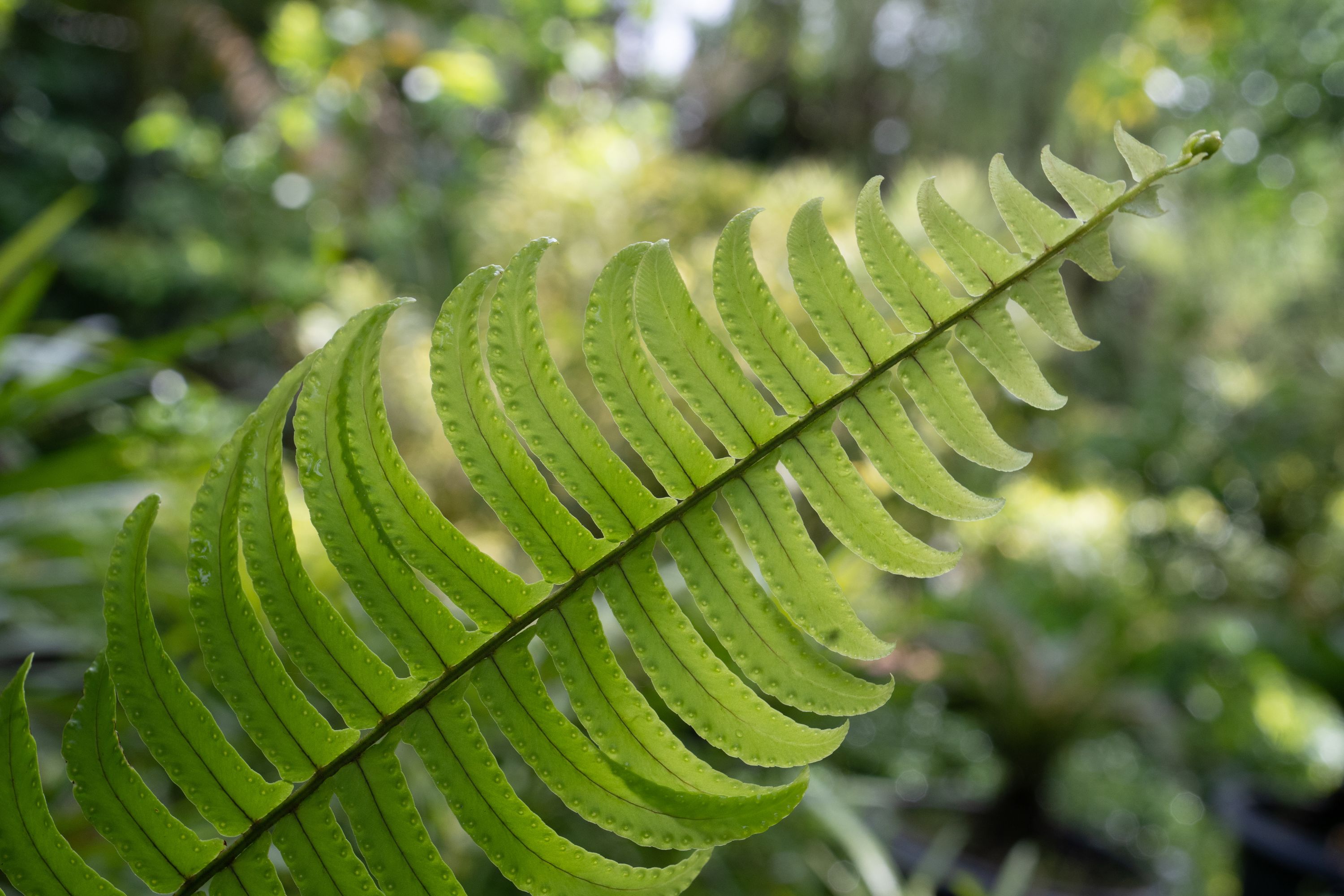 Nephrolepis cordifolia, is a fern native to northern Australia and Asia. It has many common names including fishbone fern, tuberous sword fern, tuber ladder fern, erect sword fern, narrow sword fern and ladder fern, and herringbone fern. It is indigenous to the Hawaiian Islands where it is known as kupukupu It is similar to the related fern Nephrolepis exaltata. It has been introduced into Bermuda, French Polynesia, New Zealand, and the United States. The species is native in north-eastern Australia, and is considered naturalised on the central east coast of New South Wales. Nephrolepis cordifolia has become an invasive species is some areas where it has been introduced. In New Zealand it is listed on the National Pest Plant Accord, which prohibits the sale, cultivation and distribution of the plant. It is listed as an invasive species in Florida, United States. Nephrolepis is a genus of about 30 species of ferns. It is the only genus in the family Nephrolepidaceae, placed in the suborder Aspleniineae (eupolypods I) of the order Polypodiales in the Pteridophyte Phylogeny Group classification of 2016 (PPG I). (It is placed in the Dryopteridaceae in some other classifications.) The genus is commonly referred to as macho ferns or swordferns.