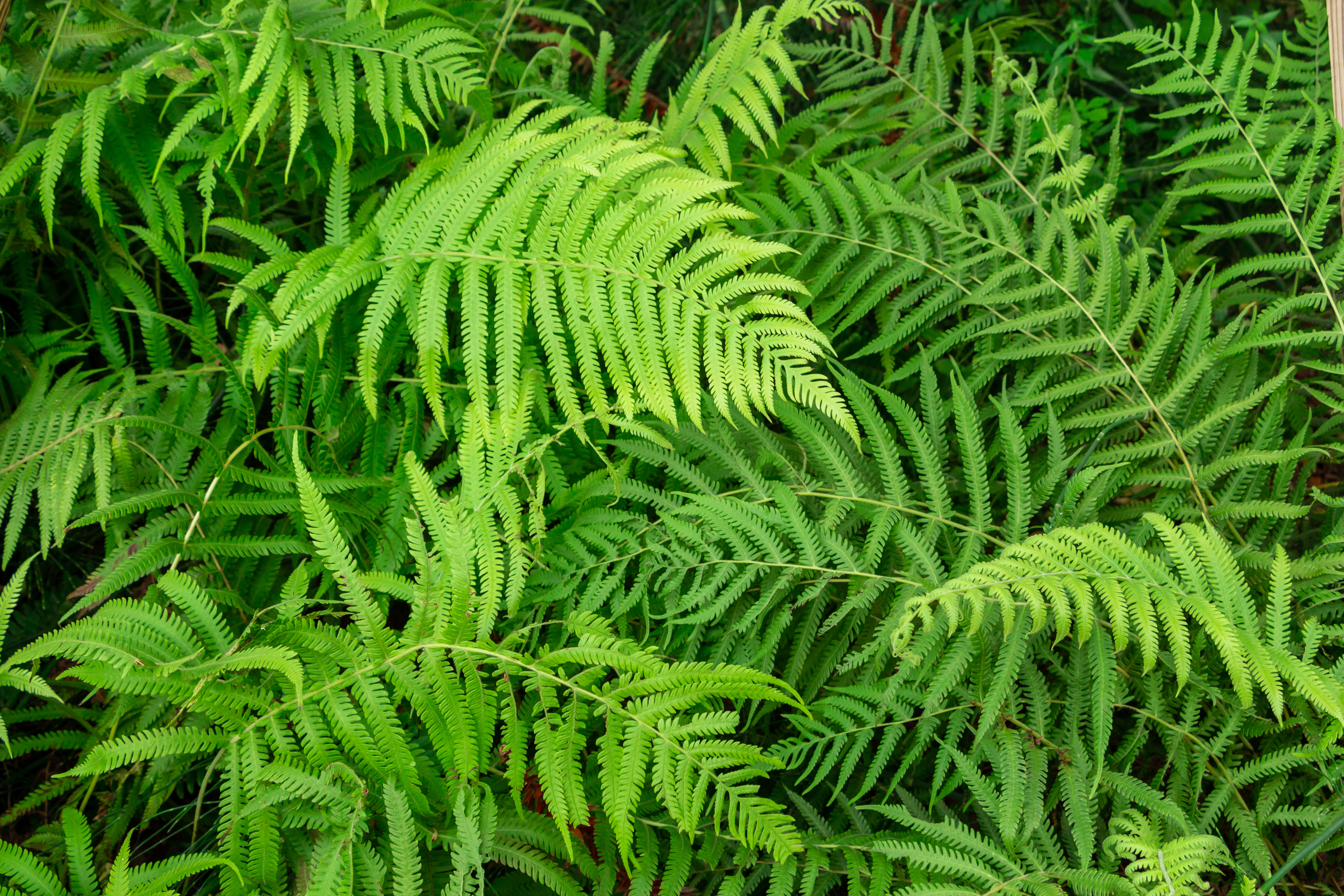 Osmunda regalis, or royal fern, is a species of deciduous fern, native to Europe, Africa and Asia, growing in woodland bogs and on the banks of streams. The species is sometimes known as flowering fern due to the appearance of its fertile fronds. Osmunda regalis produces separate fertile and sterile fronds. The sterile fronds are spreading, 60–160 cm (24–63 in) tall and 30–40 cm (12–16 in) broad, bipinnate, with 7-9 pairs of pinnae up to 30 cm (12 in) long, each pinna with 7-13 pairs of pinnules 2.5-6.5 cm long and 1–2 cm broad. The fertile fronds are erect and shorter, 20–50 cm tall, usually with 2-3 pairs of sterile pinnae at the base, and 7-14 pairs of fertile pinnae above bearing the densely clustered sporangia. In many areas, O. regalis has become rare as a result of wetland drainage for agriculture. There are three very similar species, Osmunda spectabilis, Osmunda lancea and Osmunda japonica. Recent genetic analysis (Metzgar et al., 2008) has shown that the New World varieties are in a clade that is sister to the Old World varieties of Osmunda regalis. If this is true, then O. lancea and O. japonica should either be regarded as varieties of O. regalis, or, conversely, O. regalis var. spectabilis should be regarded as a separate species, Osmunda spectabilis Willdenow. The var. brasiliensis would then be Osmunda spectabilis Willdenow var. brasiliensis Hooker & Greville. The roots, along with those of other species of Osmunda, are used for the production of osmunda fibre, used as a growing medium for cultivated orchids and other epiphytic plants. According to Slavic mythology, the sporangia, called "Perun's flowers", have assorted magical powers, such as giving their holders the ability to defeat demons, fulfill wishes, unlock secrets, and understand the language of trees. However, collecting the sporangia is a difficult and frightening process. In earlier traditions, they must be collected on Kupala night; later, after the arrival of Christianity, the date is changed to Easter eve. Either way, the person wanting to collect Perun's flowers must stand within a circle drawn around the plant and withstand the taunting or threats of demons. Seasoned royal fern is also used in the dish Namul in Korean royal court cuisine. The young shoots of the fern are, along with the similar shoots of many other fern species, known in some places as fiddleheads, and eaten as food, thought to have an asparagus-like taste.