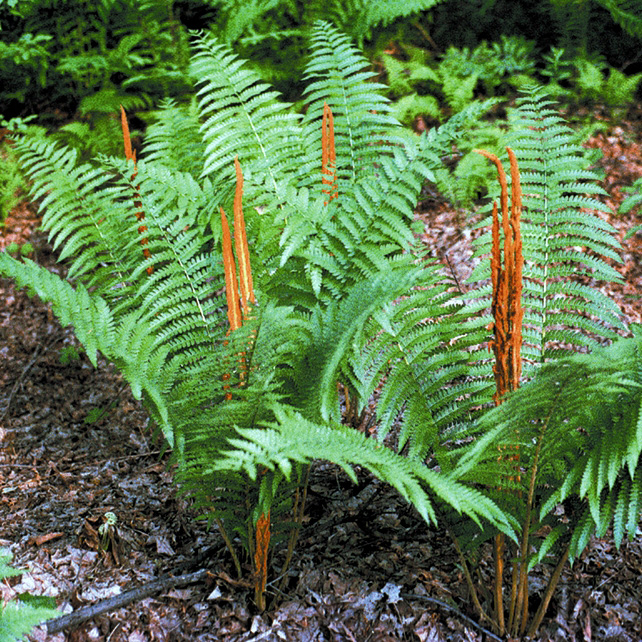 Osmunda is a genus of primarily temperate-zone ferns of family Osmundaceae. Five to ten species have been listed for this genus. Completely dimorphic fronds or pinnae (hemidimorphic), green photosynthetic sterile fronds, and non-photosynthetic spore-bearing fertile pinnae, with large, naked sporangia. Because of the large mass of sporangia that ripen uniformly at the same time to a showy golden color, the ferns look as if they are in flower, and so this genus is sometimes called the "flowering ferns". Osmunda, the type genus of the fern order, Osmundales has historically been the largest genus in the family Osmundaceae. Smith et al. (2006), who carried out the first higher-level pteridophyte classification published in the molecular phylogenetic era, described three genera in that family, namely Osmunda, Leptopteris, and Todea. The genus has also been treated historically as consisting of a number of subgroups, generally subgenera, Osmunda (3 species), Osmundastrum (2 species), and Plenasium (3–4 species). However, there was suspicion that the genus was not monophyletic.