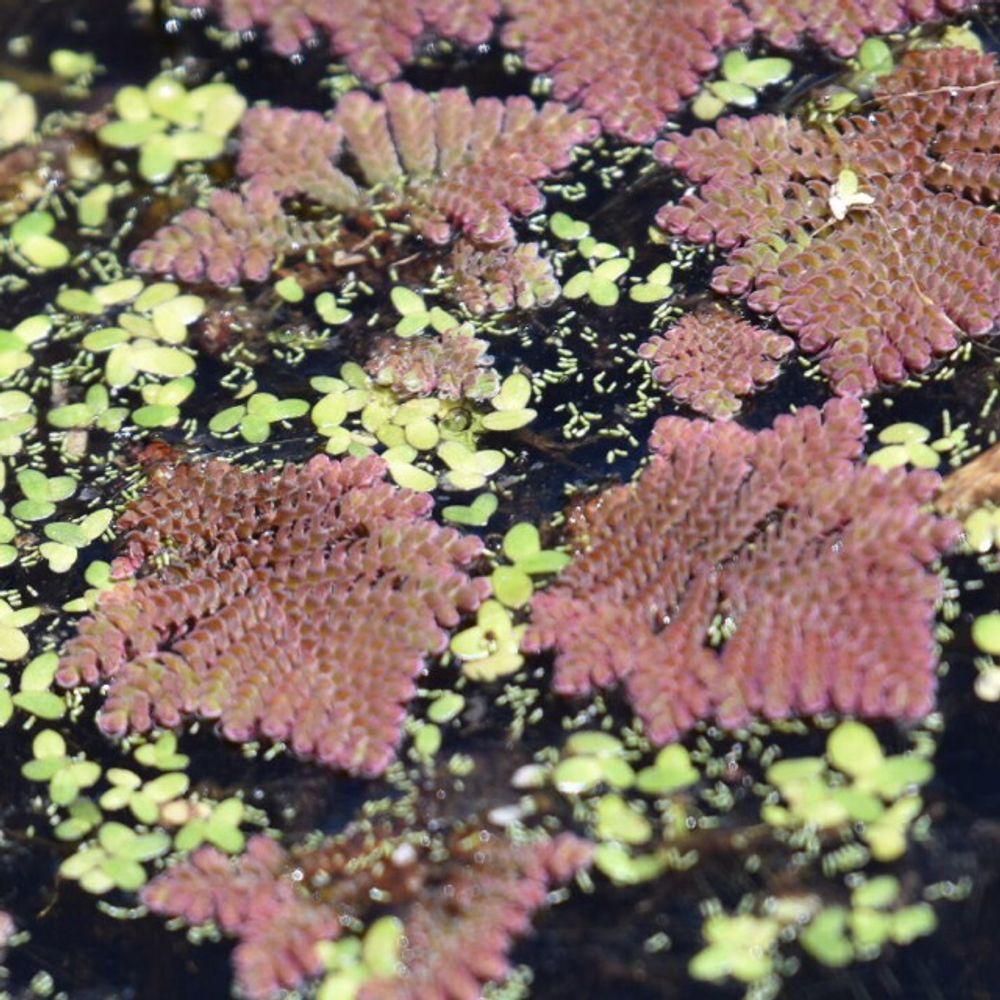 Azolla pinnata is a species of fern known by several common names, including mosquitofern, feathered mosquitofern and water velvet. It is native to much of Africa, Asia (Brunei Darussalam, China, India, Japan, Korea, and the Philippines) and parts of Australia. It is an aquatic plant, its frond floating upon the surface of the water. It grows in quiet and slow-moving water bodies, because swift currents and waves break up the plant.This is a small fern with a triangular frond measuring up to 2.5 centimeters in length which floats on the water. The frond is made up of many rounded or angular overlapping leaves each 1 or 2 millimeters long. They are green, blue-green, or dark red in color and coated in tiny hairs, giving them a velvety appearance.The hairs make the top surface of the leaf water-repellent, keeping the plant afloat even after being pushed under. A water body may be coated in a dense layer of the plants, which form a velvety mat that crowds out other plants. The hairlike roots extend out into the water.The leaves contain the cyanobacterium Anabaena azollae, which is a symbiont that fixes nitrogen from the atmosphere that the fern can use.This gives the fern the ability to grow in habitats that are low in nitrogen.