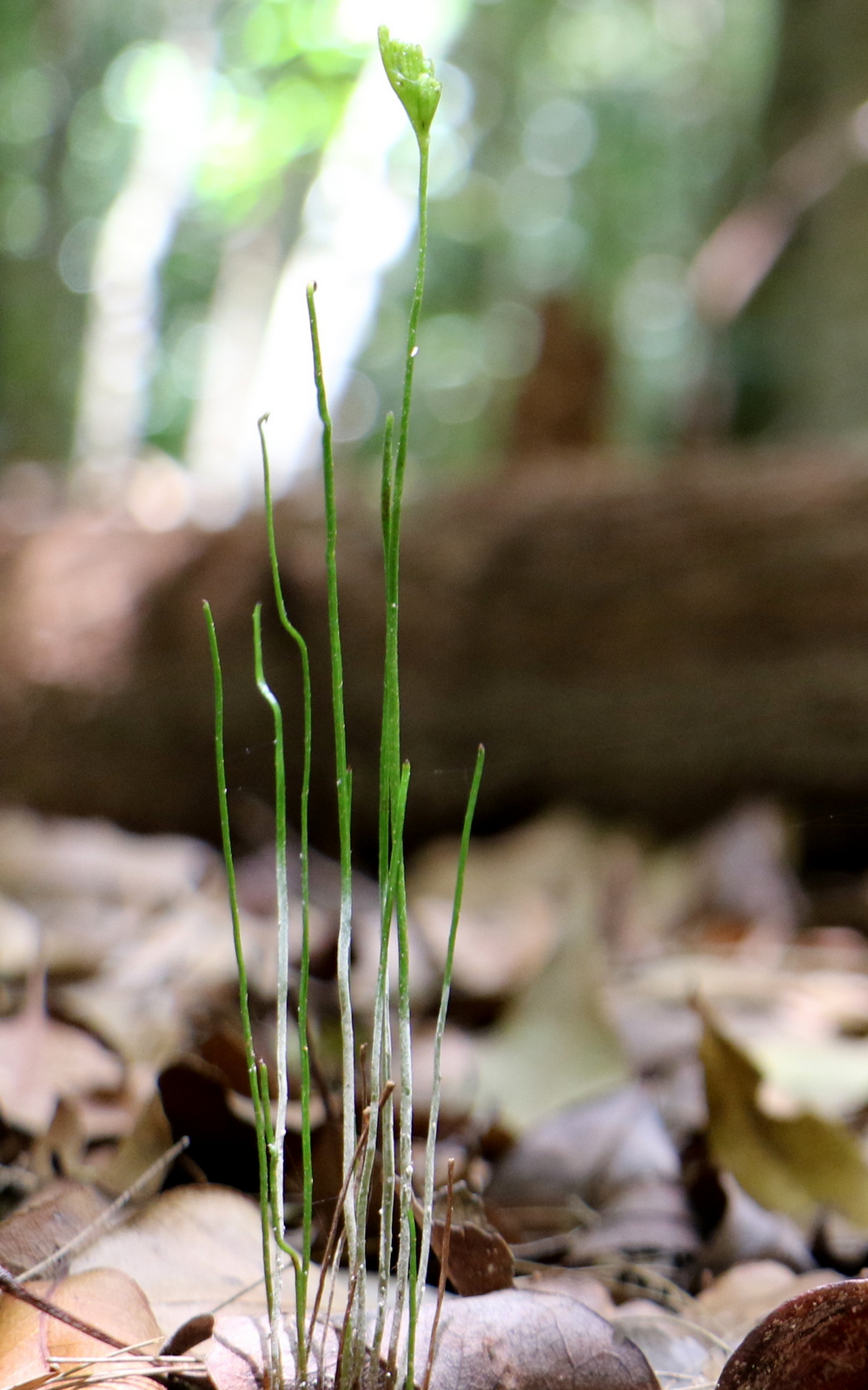 Schizaea fistulosa, the narrow comb fern is a small plant found in a variety of habitats. Widespread but a fairly uncommon fern found in southern Australia. Also seen in other countries such as New Zealand, Chile and New Caledonia. A low plant, 4 to 30 cm tall in moist situations. The specific epithet fistulosa means "tube shaped".This plant first appeared in scientific literature in the year 1807, published in the Novae Hollandiae Plantarum Specimen. Described from a Tasmanian plant by the French botanist, Jacques Labillardière.