How icky mucus helps you fight off that winter cold • Earth.com

How icky mucus helps you fight off that winter cold

It’s that time of year again when it can be nearly impossible to escape winter without catching at least one cold. Then you’re all stuffed up, running through Kleenex, and sneezing all over the place. While mucus is a major pain and far from glamorous, it contains chemical compounds that help us beat the cold.

Today’s Video of the Day comes from the American Chemical Society’s Reactions series and helps explain how mucus can serve as a traffic light for your health.

When we get sick with a cold, our bodies begin to produce mucus to combat the virus. The consistency and color of snot begins as clear, but turns yellow or white when your immune system is in battle. This is due to the quantity of white blood cells present to fight the good fight.

If the mucus appears green, it could be due to an greenish enzyme called myeloperoxidase, which prompts the release of immune cells known as neutrophils. This indicates that your body is in full “go” mode to pick the infection.

If your mucus looks red, that means you may be blowing your nose a little too hard, causing some bleeding.

Histamine is a compound that increases blood flow to mucus-producing areas of the body. But, if the snot becomes too overwhelming or impedes breathing, antihistamines are available to help cut down on the snot levels.

That said, over-reliance on antihistamines can reduce their effectiveness over time, so it can be best to simply support and strengthen your immune system as a whole. 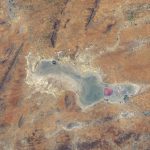 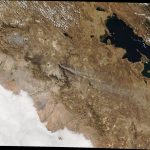