The city of Perth in Western Australia • Earth.com

Today’s Video of the Day from the European Space Agency features Perth, the capital city of Western Australia. The metropolitan area of Perth is a 125-kilometer region along the coast that stretches from Two Rocks in the north to Singleton in the south.

Prior to European colonization, the area was inhabited by the Whadjuk Noongar people for over 40,000 years. At that time, Perth was called Boorloo by the Aboriginals. The official estimation of the Greater Perth population as of June 2017 is 2,050,138 people.

West Perth is an inner suburb of the city. Formerly an exclusive suburb for wealthy merchants and politicians, it is now part of the inner mixed zone, and has predominantly office blocks which displaced residential buildings.

Perth is one of the most isolated cities in the world. Brisbane, the nearest city, is about 2,000 kilometers away. It is also the world’s sunniest capital city – with almost 8 hours of sunshine a day. The climate is a combination of Californian and Mediterranean climates, including mild winters and hot, dry summers. 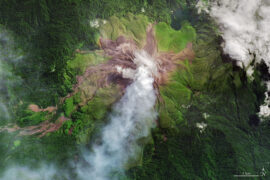