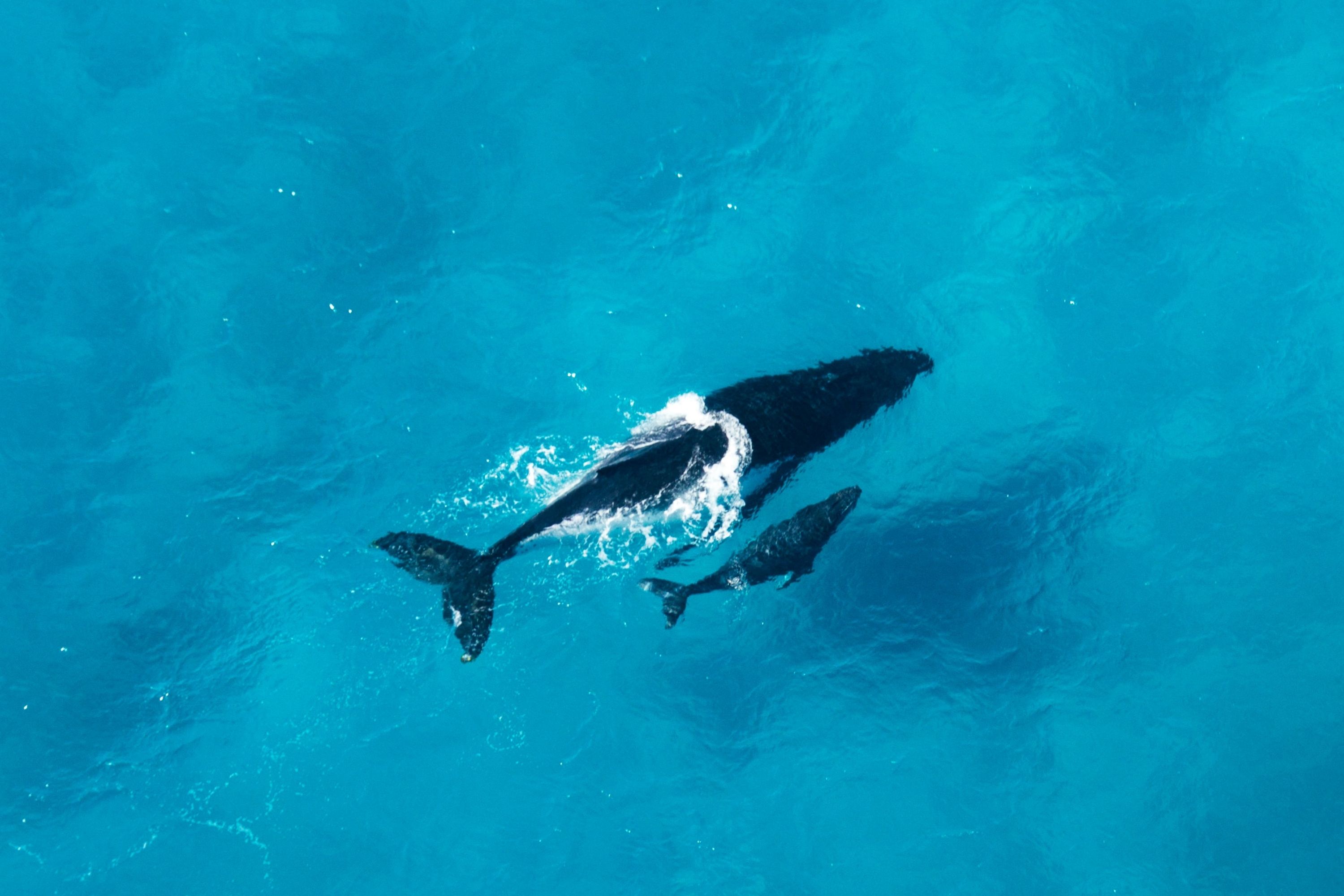 The bowhead whale (Balaena mysticetus) is a species of baleen whale belonging to the family Balaenidae and the only living representative of the genus Balaena. They are the only baleen whale endemic to the Arctic and subarctic waters, and are named after their characteristic massive triangular skull, which they use to break through Arctic ice. Other common names of the species are the Greenland right whale or Arctic whale. American whalemen called them the steeple-top, polar whale, or Russia or Russian whale. Bowheads have the largest mouth of any animal representing almost one-third of the length of the body, the longest baleen plates with a maximum length of 4 metres (13 feet) and may be the longest-lived mammals, with the ability to reach an age of more than 200 years. The bowhead was an early whaling target. Their population was severely reduced before a 1966 moratorium was passed to protect the species. Of the five stocks of bowhead populations, three are listed as "endangered", one as "vulnerable", and one as "lower risk, conservation dependent" according to the IUCN Red List. The global population is assessed as of least concern. The bowhead whale has a large, robust, dark-coloured body and a white chin/lower jaw. It has a massive triangular skull, which it uses to break through the Arctic ice to breathe. Inuit hunters have reported bowheads surfacing through 60 cm (24 in) of ice. It also possesses a strongly bowed lower jaw and a narrow upper jaw. Its baleen is the longest of that of any whale, at 3 m (10 ft), and is used to strain tiny prey from the water. The bowhead whale has paired blowholes at the highest point of the head, which can spout a blow 6.1 m (20 ft 0 in) high. The bowhead's blubber is the thickest of that of any animal, with a maximum of 43–50 cm (17–19+1⁄2 in). Unlike most cetaceans, the bowhead does not have a dorsal fin - an adaptation for spending much time under sea-surface ice. Like the sperm whale and other cetaceans, the bowhead whale has a vestigial pelvis that is not connected to the spine. Bowhead whales are comparable in size to the three species of right whales. According to whaling captain William Scoresby Jr., the longest bowhead he measured was 17.7 m (58 ft 1 in) long, while the longest measurement he had ever heard of was of a 20.4 m (66 ft 11 in) whale caught at Godhavn, Greenland, in early 1813. He also spoke of one, caught near Spitsbergen around 1800, that was allegedly nearly 21.3 m (69 ft 11 in) long.