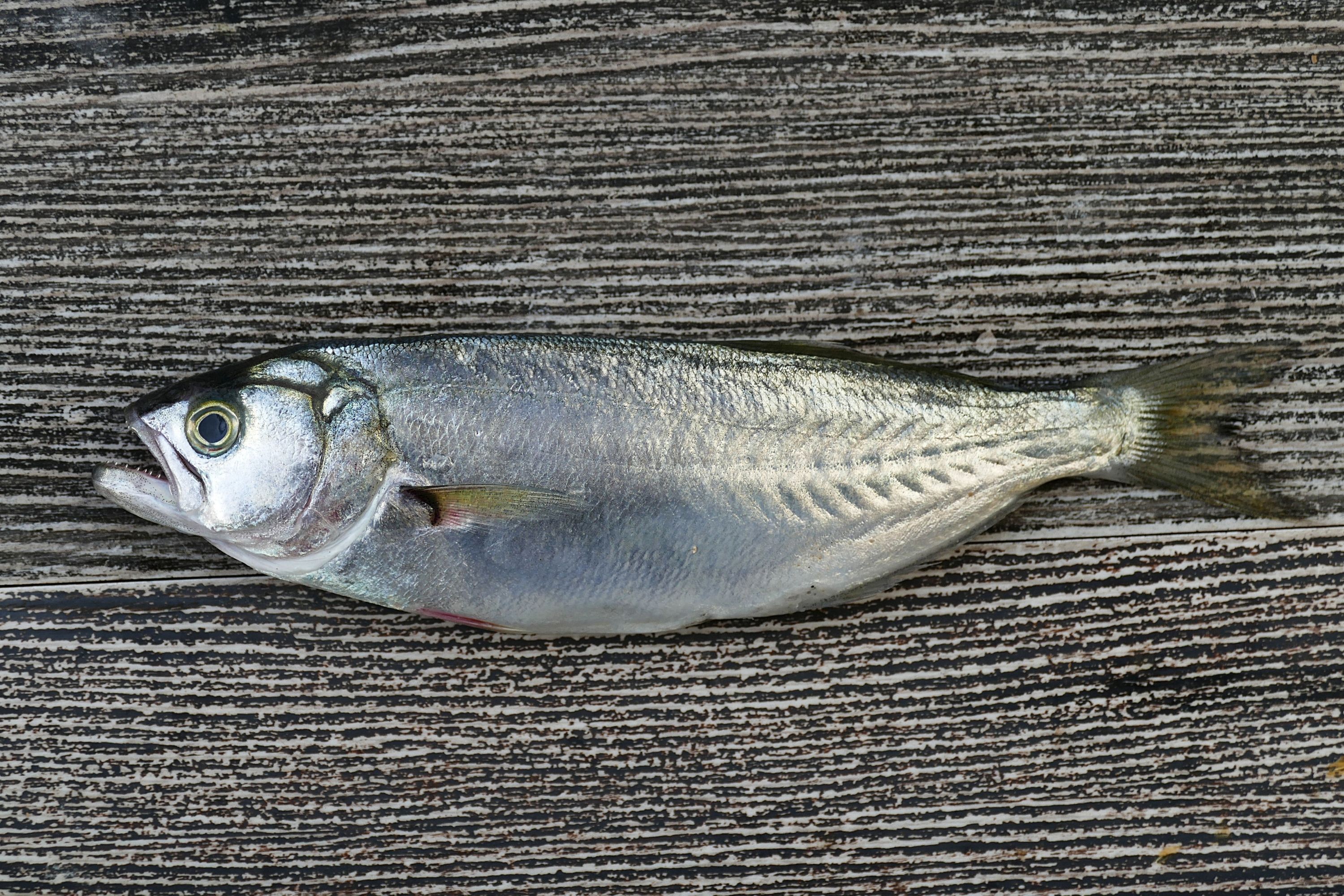 The bluefish (Pomatomus saltatrix) is the only extant species of the family Pomatomidae. It is a marine pelagic fish found around the world in temperate and subtropical waters, except for the northern Pacific Ocean. Bluefish are known as tailor in Australia and New Zealand, elf and shad in South Africa. It is a popular gamefish and food fish. The bluefish is a moderately proportioned fish, with a broad, forked tail. The spiny first dorsal fin is normally folded back in a groove, as are its pectoral fins. Coloration is a grayish blue-green dorsally, fading to white on the lower sides and belly. Its single row of teeth in each jaw is uniform in size, knife-edged, and sharp. Bluefish commonly range in size from seven-inch (18-cm) "snappers" to much larger, sometimes weighing as much as 40 lb (18 kg), though fish heavier than 20 lb (9 kg) are exceptional. The bluefish is the only extant species now included in the family Pomatomidae. At one time, gnomefishes were included, but these are now grouped in a separate family, Scombropidae. One extinct relative of the bluefish is Lophar miocaenus, from the Late Miocene of Southern California. Bluefish are widely distributed around the world in tropical and subtropical waters. They are found in pelagic waters on much of the continental shelves along eastern America (though not between south Florida and northern South America), Africa, the Mediterranean and Black Seas (and during migration in between), Southeast Asia, and Australia. They are found in a variety of coastal habitats: above the continental shelf, in energetic waters near surf beaches, or by rock headlands. They also enter estuaries and inhabit brackish waters. Periodically, they leave the coasts and migrate in schools through open waters. Along the U.S. East Coast, bluefish are found off Florida in the winter. By April, they have disappeared, heading north. By June, they may be found off Massachusetts; in years of high abundance, stragglers may be found as far north as Nova Scotia. By October, they leave the waters north of New York City, heading south (whereas some bluefish, perhaps less migratory, are present in the Gulf of Mexico throughout the year). In a similar pattern overall, the economically significant population that spawns in Europe's Black Sea migrates south through Istanbul (Bosphorus, Sea of Marmara, Dardanelles, Aegean Sea) and on toward Turkey's Mediterranean coast in the autumn for the cold season.

Why did bright colors evolve in the animal kingdom?
News coming your way
The biggest news about our planet delivered to you each day