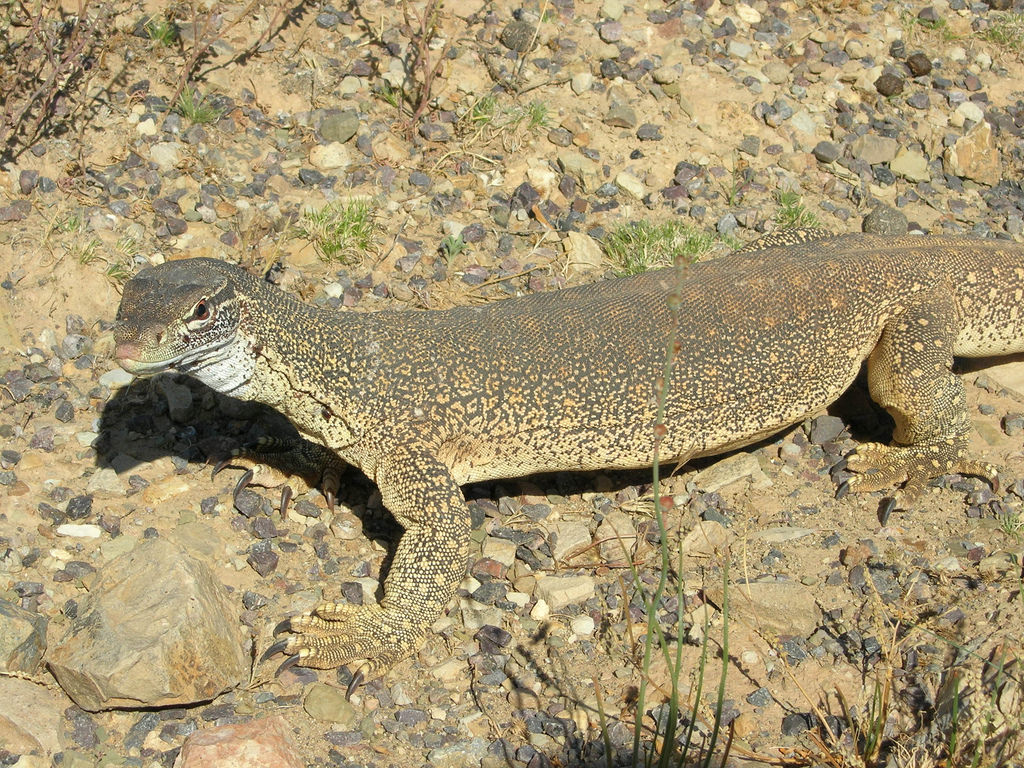 The monitor lizard Gould ( sand goanna Gray,1838 ) is a large species Australian of the family Varanidi.It is also known as the varanus of the sands,the name by which other species of varanus,or runner varanus,are also indicated.In some aboriginal languages ​​it is called bungarr,a term also commonly used by non-aboriginal inhabitants of Western Australia.The Gould monitor can reach 140 cm in length and 6 kg in weight.The color of the back varies between light yellow and black,with numerous light and dark spots that tend to form irregular thin bands.Sometimes these spots are cream or yellow with a central black spot.The legs are covered with small white,cream or yellow spots.The belly is white,covered with spots.