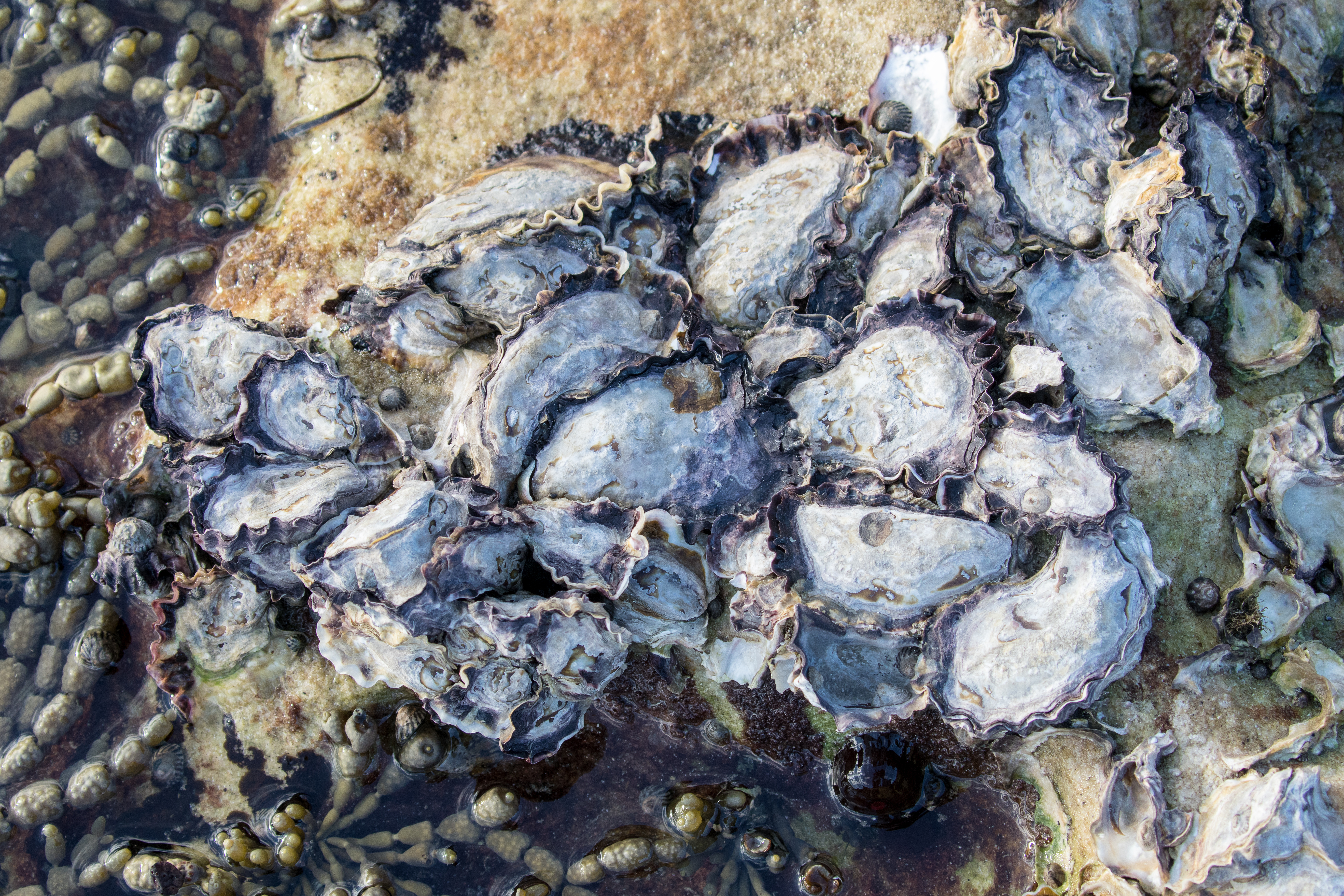 Saccostrea glomerata, is an oyster species belonging to the family Ostreidae. It is endemic to Australia and New Zealand. In Australia, it is known as the Sydney rock oyster and is commercially farmed. In New Zealand, where the species is not farmed, it is known as the New Zealand rock oyster or Auckland oyster. The species is closely related to Saccostrea cucullata, the hooded oyster, which is common on Indo-Pacific rocky shores. Sydney rock oysters are capable of tolerating a wide range of salinities (halotolerant). They are usually found in the intertidal zone to 3 m (9.8 ft) below the low-water mark. The Sydney rock oyster and New Zealand rock oyster have previously been classified as two separate species: Saccostrea commercialis and S. glomerata, respectively. They have also been grouped with the hooded oyster into a single species, S. cucullata. When proposing the name Ostrea commercialis in 1933, Iredale & Roughley noted that the New South Wales oyster had been variously referred to species O. cucullata Born (Ascension Island), O. mordax Gould (Fiji), O. glomerata Gould (New Zealand), O. circumsuta Gould (Fiji); and even to O. trigonata Sowerby and O. mytiloides Lamarck. In Australia it is found in bays, inlets and sheltered estuaries from Wingan Inlet in eastern Victoria, along the east coast of New South Wales, and north to Hervey Bay, Queensland, around northern Australia and south along the west coast to Shark Bay in Western Australia. The spat for these oysters travels down the east coast of Australia on the East Australia Current. Also, a small population exists on the islands in the Furneaux archipelago in Bass Strait, and in Albany on the south west coast of Western Australia, where they are farmed.