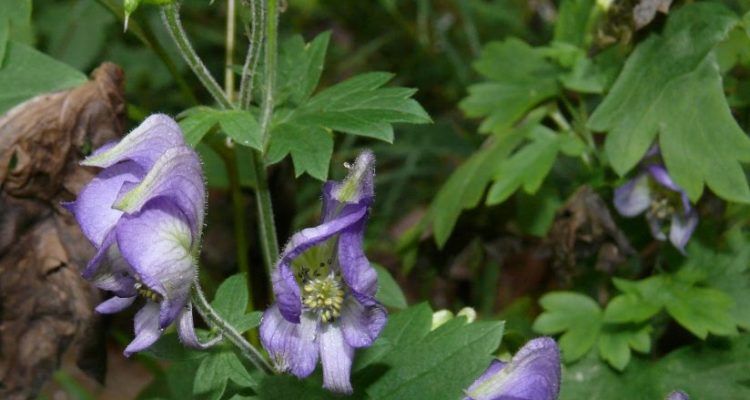 Aconitum noveboracense, also known as northern blue monkshood or northern wild monkshood, is a flowering plant belonging to the buttercup family (Ranunculaceae). Members of its genus (Aconitum) are also known as wolfsbane.

The United States Fish and Wildlife Service government lists it as a threatened species.[1] It grows in rare portions of New York State and in portions of the Driftless Area.

Northern monkshood is noted for its very distinctive, blue hood-shaped flowers. The flowers are about 1 inch in length, and a single stem may have many flowers. Stems range from about 1 to 4 feet in length. The leaves are broad with coarse, toothed lobes.