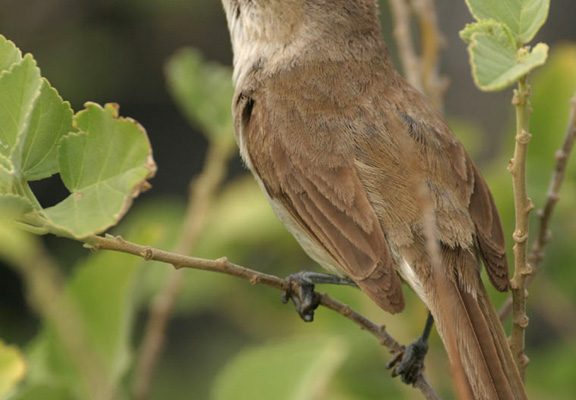 ITIS Reports — ITIS (the Integrated Taxonomic Information System) is a source for authoritative taxonomic information on plants, animals, fungi, and microbes of North America and the world.Acrocephalus familiaris kingi The Nihoa Millerbird is a tiny land bird that was discovered on the island of Nihoa in 1923. Another subspecies once occurred on Laysan Island, where it went extinct in the early 20th century after the island was devegetated by introduced rabbits.

FWS Digital Media Library — The U.S. Fish and Wildlife Service’s National Digital Library is a searchable collection of selected images, historical artifacts, audio clips, publications, and video.The millerbird (Acrocephalus familiaris) is a species of Old World warbler in the family Acrocephalidae. It has two subspecies, A. f. kingi and A f. familiaris. The latter, the Laysan millerbird, became extinct sometime between 1916 and 1923. The former, the critically endangered Nihoa millerbird, remains the only race left, inhabiting the small island Nihoa in Hawaiʻi, though it has since been reintroduced to Laysan.