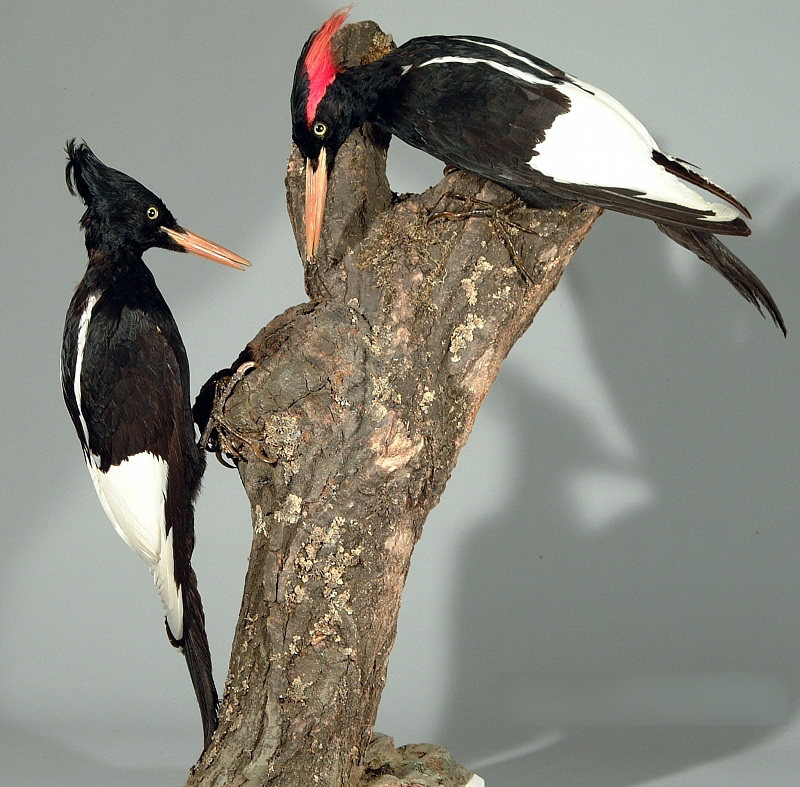 Campephilus imperialis NatureServe Explorer Species Reports -- NatureServe Explorer is a source for authoritative conservation information on more than 50,000 plants, animals and ecological communtities of the U.S and Canada. NatureServe Explorer provides in-depth information on rare and endangered species, but includes common plants and animals too. NatureServe Explorer is a product of NatureServe in collaboration with the Natural Heritage Network. ITIS Reports -- Campephilus imperialis ITIS (the Integrated Taxonomic Information System) is a source for authoritative taxonomic information on plants, animals, fungi, and microbes of North America and the world. FWS Digital Media Library -- The U.S. Fish and Wildlife Service's National Digital Library is a searchable collection of selected images, historical artifacts, audio clips, publications, and video.The imperial woodpecker is a woodpecker species endemic to Mexico. If it is not extinct, it is the world's largest woodpecker species, at 56–60 cm long. Researchers have discovered that the imperial woodpecker has slow climbing strides and a fast wing-flap rate compared with other woodpeckers. Owing to its close taxonomic relationship, and its similarity in appearance, to the ivory-billed woodpecker, it is sometimes called the Mexican ivory-billed woodpecker, but this name is also used for the extant pale-billed woodpecker. The large and conspicuous bird has long been known to the native inhabitants of Mexico and was called cuauhtotomomi in Nahuatl, uagam by the Tepehuán, and cumecócari by the Tarahumara.

No recovery information is available for the Imperial woodpecker.
Back to full archive