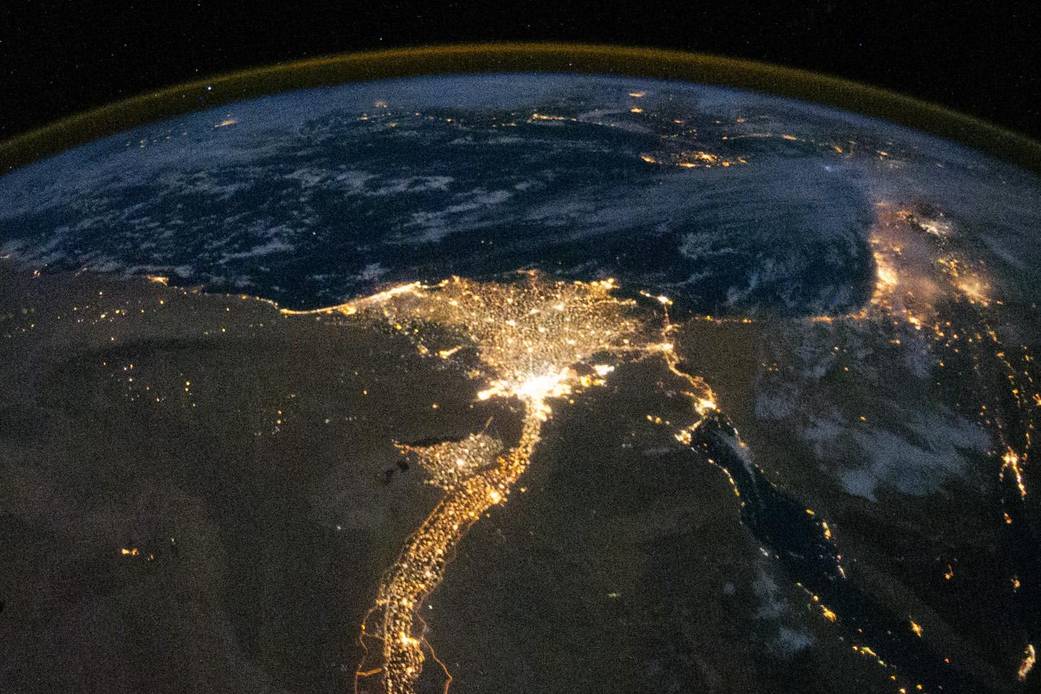 Nile River Delta at Night. One of the fascinating aspects of viewing Earth at night is how well the lights show the distribution of people. Also in this view of Egypt, the population is shown to be almost completely concentrated along the Nile Valley. And just a small percentage of the country’s land area.

The Nile River and its delta look like a brilliant, long-stemmed flower in this photograph of the southeastern Mediterranean Sea, as seen from the International Space Station. The Cairo metropolitan area forms a particularly bright base of the flower. The smaller cities and towns within the Nile Delta tend to be hard to see amidst the dense agricultural vegetation during the day. However, these settled areas and the connecting roads between them become clearly visible at night. Likewise, urbanized regions and infrastructure along the Nile River becomes apparent.

Scattered blue-grey clouds cover the Mediterranean Sea and the Sinai, while much of northeastern Africa is cloud-free. The thin yellow-brown band tracing the Earth’s curvature at the top of the image is airglow, a faint band of light emission that results from the interaction of atmospheric atoms and molecules with solar radiation at an altitude of approximately 60 miles (100 kilometers).

This astronaut photograph was taken by the Expedition 25 crew on Oct. 28, 2010, with a Nikon D3S digital camera using a 16 mm lens.