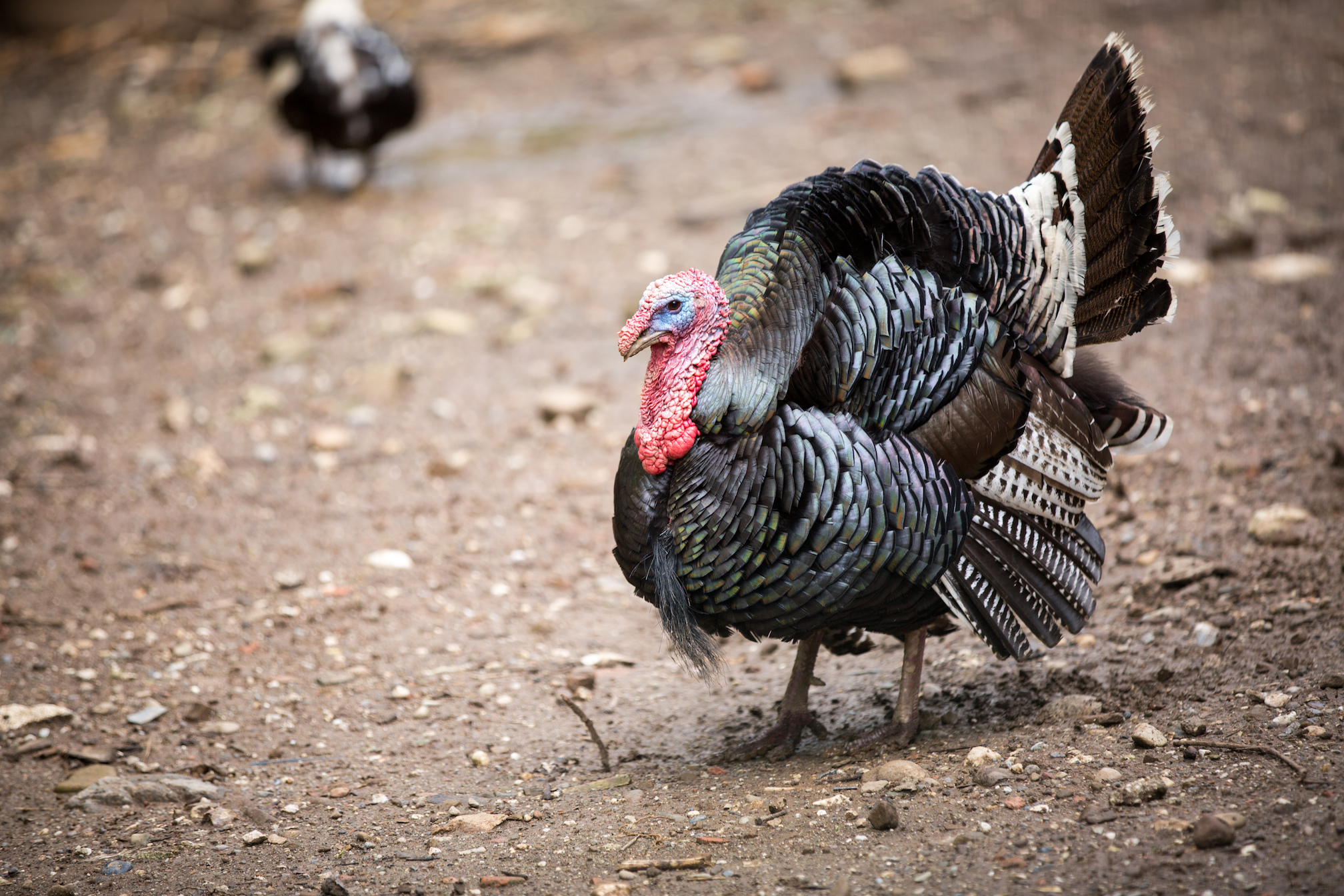 Ever wonder why the turkey is the central character of the holiday celebrating the bountiful agriculture of the United States? The European Pilgrims who happened upon North America had never seen a turkey in the wild before. And as one might assume based on the folklore of Thanksgiving, turkey (meat and eggs) was a favored meal of many of the eastern Native tribes. In honor of the holiday and its most popular guest, Earth.com has put together a list of ten things you probably didn’t know about wild turkeys.

The species the pilgrims first encountered was the Eastern wild turkey.  They are indigenous to the eastern half of the continent. They can be found running wild from Maine down to northern Florida and as far west as Michigan, Illinois, and Missouri. Their range is the largest of the six subspecies.

The Osceola wild turkey or the Florida wild turkey can only be found in… you guessed it: Florida. With darker feathers (described as “purple green” by some) than the Eastern wild turkey, and the smallest of the subspecies, there are about 100,000 Osceola today.

The Rio Grande wild turkey is native to the central plain states like Texas, Oklahoma, Kansas, and New Mexico, and has been introduced to California and Hawaii. Compared to their forest and mountain dwelling cousins, the prairie-based Rio Grande turkey’s legs are relatively long.

The largest of the subspecies is the Gould’s wild turkey. They can only be found in Arizona, New Mexico, and the Sierra Madre mountain ranges of Mexico. Their declining numbers have them heavily protected and regulated.

Merriam’s wild turkeys are native to the Rocky Mountains and the nearby prairies of South Dakota, Wyoming, Montana as well as Utah, New Mexico, and Arizona.

The only wild turkey not indigenous to the United States is the Ocellated turkey, also referred to as the South Mexican wild Turkey. Their range reaches from the Yucatan Peninsula of Mexico, to Northern Belize, to northern Guatemala. When Spanish explorers traveled to Mexico in the 1600s and found that the Mesoamerican natives had domesticated turkeys, the Spaniards took them back to Europe, giving rise to domesticated turkeys there.

Male wild turkeys go to great lengths to get the attention of females and, seeing as they are polygamous, mate with as many as they can. They display for females by spreading their tails, fluffing up their feathers, and scraping their wings against the ground in a ritual known as ‘strutting.’

Gobbling and spitting are behaviors used by males to express social dominance. When males are out looking for females, they tend to court in groups, with the more dominant male strutting, gobbling, and spitting out front and the less dominant males following behind and then moving in for the “leftovers,” so to speak.

Baby wild turkeys and eggs fall prey to raccoons, opossums, gray foxes, skunks, groundhogs and snakes. Owls, hawks and bald eagles are also trouble for the nestlings. Adult turkeys have to watch out for predators like coyotes, wolves, bobcats, cougars, and bald eagles.

In the 1940s, Eastern and Osceola turkeys could only be found in very remote forested areas of the United States, where illegal hunting was minimal due to inaccessibility. Since then, wildlife managers have transplanted wild turkeys into timbered areas and the populations have flourished. There are four optimal habitats for wild turkeys.

Riparian zones (near rivers and streams) ensure that water and vegetation are available.