Gallup poll: 2017 was a year of high stress and pain for many • Earth.com 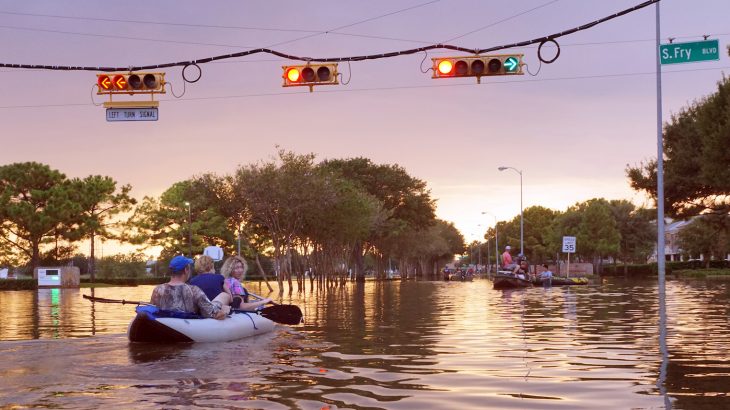 Gallup poll: 2017 was a year of high stress and pain for many

2017 marked one of the most active hurricane seasons on record, as millions were left without power and faced with catastrophic flooding when the three major hurricanes, Harvey, Irma and Maria, made landfall in the US, Caribbean, and Puerto Rico.

Last year also saw the inauguration of President Trump and the end of one of the most turbulent presidential election years in history, no matter which party you supported.

Looking at 2017 alone, it’s not difficult to see why people would say it was a tough or stressful year, and a new poll shows that for many it was one of the worst in recent history.

A new Gallup poll found that 2017 was one of the worst years since 2006, with many people reporting high levels of stress, anxiety, and pain.

Gallup recently conducted its annual Global Emotions Report and more than 154,000 people from over 145 countries were surveyed for the poll.

The Gallup Poll results are based on Gallup’s Negative Experience Index and people are asked about their moods the day before as a way to judge the emotional climate of people across the world.

According to Time, which reported on the survey, the Gallup Poll resulted in a Negative Experience score of 30.

The countries with the highest negative scores were areas rife with violent conflict. The Central African Republic had the highest Negative Experience Index with Iraq, South Sudan, and Chad following behind.

“Collectively, the world is more stressed, worried, sad and in pain today than we’ve ever seen it,” Mohamed Younis, Gallup’s Managing Editor wrote in the report.

It was not all bad news though, as many people (70%) said they had been happy, smiled a lot, or felt respected the day before. The Positive Experience Index only slightly decreased to 69 from 70 in 2016.

Paraguay, Colombia, El Salvador, and Guatemala had some of the highest Positive Experience scores.

Reports in the US are mixed as the Gallup Poll found that it ranked among countries with higher Positive Experience scores, but surveys and polls conducted within the country show that stress and anxiety in 2017 were high.