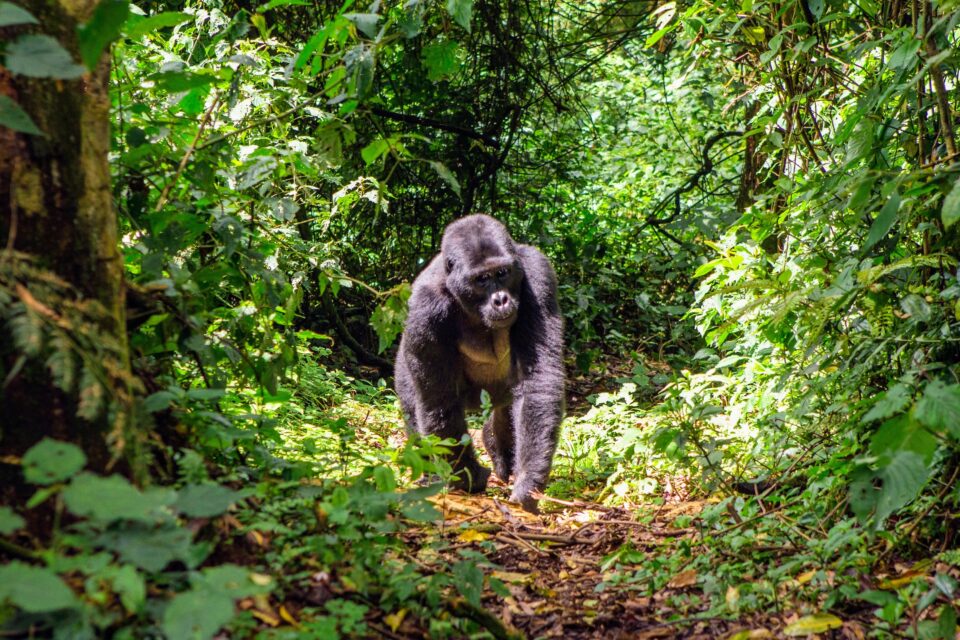 Many species of tropical forest mammals are endangered yet little is known about their habits. They are often secretive, or nocturnal, and are not easy to study. However, understanding their activity patterns and what drives these, is important when considering conservation measures.

One source of data is the systematic network of camera-traps present in 16 protected forests located in three biogeographic regions, the Neotropics, Afrotropics, and Indo-Malayan tropics. These camera traps form part of the Tropical Ecology Assessment and Monitoring (TEAM) Network, and are maintained by local scientists in each protected area. This data has now been used by researchers to cast light on the secret lives of the forest animals, and to understand the factors that influence their activity patterns.

The camera-traps were deployed during the dry seasons between 2008 and 2017, with between 60 and 90 cameras active in each protected area. In total, 2,312,635 camera-trap photos included mammals and the researchers had to sift through all of them to filter out multiple images taken of the same event, as well as to remove all photos of mammals weighing less than 75 g. This resulted in data from a total of 126,382 independent events involving 166 different species of ground-dwelling or climbing mammals.

Time stamps on the photos enabled the researchers to identify when the animals were active and they then analyzed the activity patterns for each species. Animals may be predominantly active at night (nocturnal), in the day (diurnal), at twilight (crepuscular), or may lack pronounced nocturnal or diurnal peaks. These are the times when they seek food, socialize, and perform other necessary tasks while also responding to risks, such as predation, and physiologic constraints, such as high temperatures.

The results, published in the journal Nature Communications, showed remarkable similarity in activity patterns across all three biogeographic regions, and these were largely related to body size and to the trophic group in which the species belongs – whether they were herbivores, carnivores, insectivores or omnivores.

The results showed that among carnivores and omnivores, larger species were less likely to be nocturnal than smaller ones. By contrast, larger herbivores tended to be active during the night time, while smaller herbivores were more active during the day. These results were consistent across continents, despite the large differences in species present in the different regions.

“We suppose that there is a link between body size and so-called thermoregulation constraints,” says Vallejo-Vargas.

Large-bodied mammals have difficulty keeping cool in a warm climate and thus it is more favorable for them to be active at night. In the heat of the day, large-bodied mammals have to expend energy maintaining an optimal body temperature, whereas this is not necessary if they are active at night. This was true for the forest herbivores across all three biogeographic regions.

“You would think there would be some variation between ecosystems as far apart as Africa and South America,” said Varllejo-Vargas. “There are large differences in species, particularly endemic ones. For example, there are no elephants or gorillas in the Amazon, nor armadillos in Malaysia.”

However, the researchers found very little difference in activity patterns between continents. Vallejo-Vargas explained that the diel activity (within a 24-hour period) of these tropical mammal communities appears shaped by similar processes and constraints among regions. “Think of it as parallel evolutionary or ecological processes happening across the world at the same time, yielding the same results over and over.”

Insectivores were the one exception where the pattern differed across continents: larger species were more likely to be active in the day in the Americas while the reverse was true in Africa and Asia.

Despite the overall consistency in diel activity patterns, the analysis did not point to a single dominant driver of the observed patterns. Instead, it appears that multiple factors may have acted simultaneously. For example, species interactions, including predation and competition, are likely to influence activity patterns within communities. Predators are more likely to be active when their preferred prey are active, and prey species are likely to try and avoid times when predators are most active. “We saw a considerable overlap of activity of top-predators to that of the herbivores they eat,” said Varllejo-Vargas.

Similarly, small prey species were found to try to avoid the top-predators, indicating that body size and climate factors were not necessarily always the drivers of activity patterns. These behavioral patterns have cascading impacts further down in the food chain, affecting other species.

“For instance, we do not know whether the disappearance of top-predators in some protected areas affects the behavior of prey, or whether the decreased abundance of prey affects the activity of predators and the possible cascading effects on the ecosystem,” said Varllejo-Vargas.

In addition to guiding conservation decisions, the published results provide key knowledge to behavioral science and theoretical ecology. The researchers aimed to find out whether mammal activity patterns were influenced from the “top-down”, or from the “bottom-up.” They found a combination of pressures, some acting from the top downwards (e.g., risk of predation), and others acting from the bottom upwards (e.g., availability of prey/food).

“Herbivore and insectivore activity appears to be shaped by climate. Predator and prey activity, on the other hand, are influenced by the animals and their interactions,” said Vallejo-Vargas.

Thus, bottom-up processes dominate the activity of carnivores, and top-down processes dominate the activity of prey (mainly omnivores and insectivores). However, there is likely to be substantial variation among species in the relative importance of top-down and bottom-up processes, with both potentially playing a role. For example, ocelot activity overlaps with various omnivorous prey species, such as opossums and raccoons, and with insectivorous prey such as armadillos, while it also avoids the activity times of jaguars.

The researchers caution that, despite being protected forest areas, all of the locations in the current study were potentially accessible to humans. The importance of human presence, e.g., as hunters, on the mammal species’ activity patterns could not be determined in this study.