How do algal blooms become so toxic and destructive? • Earth.com 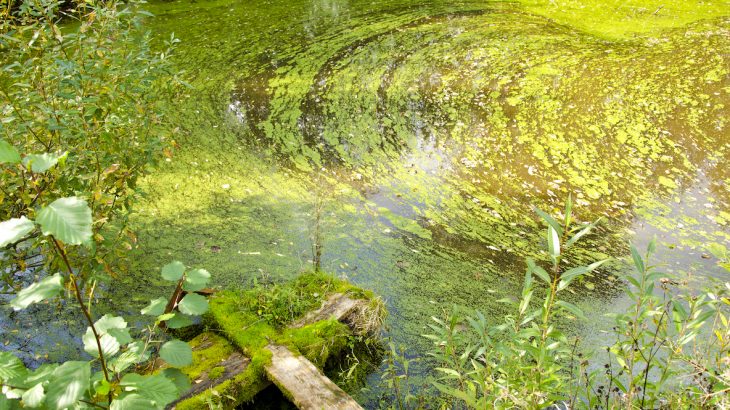 How do algal blooms become so toxic and destructive?

Algal blooms occur regularly around the world, and can be harmful to the environment – as well as the economy – in the coastal communities they effect. Occasionally, these blooms will produce toxins that are destructive to marine animals and humans when the toxins accumulate in seafood. In particular, high-dose exposure to domoic acid, which is produced by a type of phytoplankton known as diatoms, can lead to amnesic shellfish poisoning. The condition is characterized by seizures and short-term memory loss, can even be fatal.

A recent study in the journal Science reports that scientists have now identified a cluster of genes associated with production of the toxin domoic acid in this species of plankton. The research team, led by scientists from Scripps Institution of Oceanography at the University of California San Diego and the J. Craig Venter Institute (JCVI), are the first to determine the molecular basis for the toxicity of these plankton, despite decades of prior research.

Their work advanced research that was done in 2011 by David Hutchins of the University of Southern California, who is a co-author on this study. Hutchins found that when phosphate is limited and the amount of carbon dioxide in the ocean increased, diatoms end up producing large quantities of domoic acid. This was a major finding, as it is known that our oceans have been acquiring more carbon dioxide due to fossil fuel use. Along with rising ocean temperatures, it has resulted in domoic acid events occurring more frequently, becoming more toxic, and lasting longer than ever before.

The researchers at Scripps used the results of Hutchins’ study to identify the genes responsible for the production of this toxin.

“We found it very interesting that a combination of phosphate limitation and increased carbon dioxide could have such a strong yet nuanced effect on domoic acid production in culture,” says Andrew E. Allen, an ecologist and diatom genomics expert with dual appointment at Scripps and JCVI who is also a senior author on the study. “We were able to directly correlate gene expression to toxin production, and this observation led us straight to the genes encoding domoic acid.”

They were able to determine that these newly discovered genes contain the biological instructions for making the toxin and are “turned on” when a diatom is producing domoic acid.

“By identifying the genes that encode domoic acid production, we can now ask questions about various oceanic conditions that turn the genes on or off,” explains Scripps Institution of Oceanography and JCVI PhD student Patrick Brunson, one of the lead authors on the study. “This knowledge will allow us to track the development of bloom toxicity at the genetic level.”

While the researchers state that it’s unlikely they’ll ever be able to prevent these algal blooms, this breakthrough gives us the opportunity to better monitor the early stages of the production of domoic acid, and should be able to complement current monitoring strategies.