Amphibians eat vegetarian diet in the heat – possibly due to warming • Earth.com 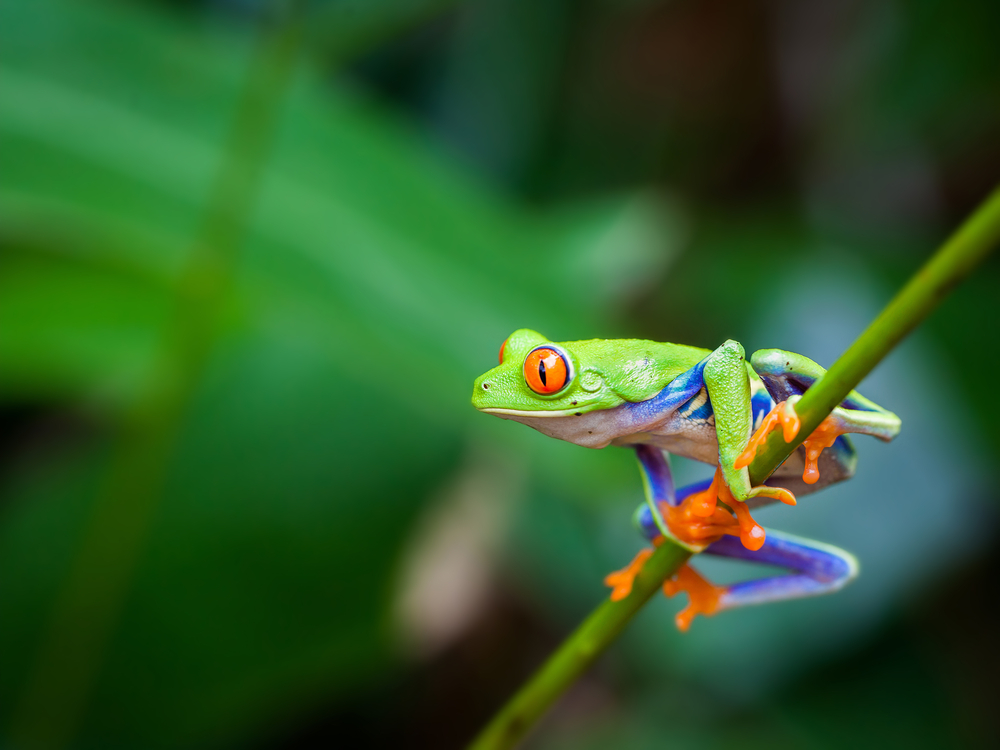 Amphibians eat vegetarian diet in the heat – possibly due to warming

Amazing amphibians eat vegetarian in the heat – climate change might be the cause.

Could global warming cause frog and toad larvae to make changes in their diet? That’s what a team of scientists from the University of Lisbon in Portugal and University of Uppsala in Sweden believe, following findings outlined in their new study.

According to the researchers when the weather heats up, young frogs ate a more plant-based diet. The scientists conducted the study by feeding some larvae an animal-based, some a vegetarian, and some an omnivorous diet to see which they preferred. During lab-produced “heat waves,” the young frogs in the omnivorous diet group ate less animal-based food.

The research comes at a time when frog and toad species, along with other amphibians, are going extinct at a rapid and alarming rate. Amphibians tend to be sensitive to changing environmental conditions because of their complex lifestyle – they spend their youth as larvae in bodies of water before taking to the land as adults.

In October 2016, Toughie the frog died. He was the last known member of his species, Rabbs’ fringe-limbed tree frog, one of about 200 frog species that have gone extinct since humans began recording animal species.

Changes to the environment and extreme weather patterns, as well as a fungal infection called Chytridiomycosis that has been linked to climate change, are likely behind at least some of the extinctions, along with habitat loss, pollution and other factors.

The researchers conducted the study to find out how well frog larvae can adapt to changing temperatures and how frog diet may change as global temperatures rise – their findings were published in the journal Ecology.

The next time you see your friendly neighbourhood frog or toad on a juice fast, consider there may be some climate changes afoot.