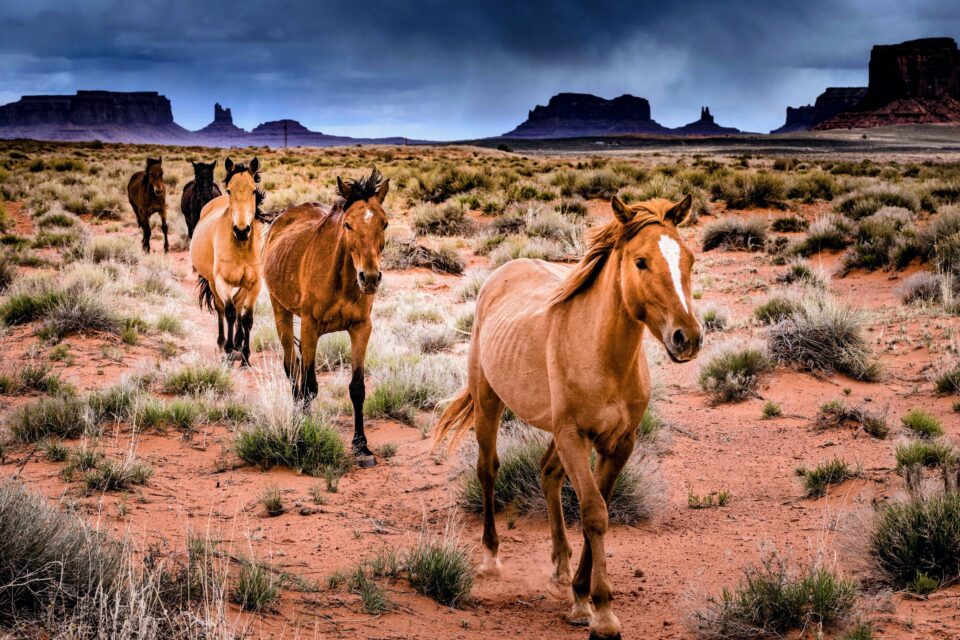 A recent statement from the Bureau of Land Management (BLM) laid out a plan to permanently remove 19,000 wild horses and burros from public land, The American Wild Horse Campaign (AWHC) issued a response, criticizing the Biden administration for utilizing an “unscientific” management plan.

The AWHC points out that there are already 58,000 wild horses and burros in government holding pens, and adding to this number is unlikely to help matters.

The National Academy of Sciences (NAS) has already concluded that roundup removals are counterproductive. Instead of lowering populations, these roundups lead to artificial population growth. Instead, the NAS recommends birth control vaccines to control equid populations. “It is extremely disappointing that the Biden Administration has chosen to pursue the unscientific policy of mass roundups for the management of our nation’s iconic, federally protected wild horse and burro populations,” said the AWHC statement.

“The mass removal of these cherished animals from our public lands won’t solve any of the pressing environmental problems facing our public lands today, but it will cost taxpayers billions of dollars – and the lives of far too many horses and burros.”

As it now stands, wild horses occupy a mere 12 percent of BLM managed land, outnumbered by commercial grazing livestock. These farm animals damage the land and contribute to climate change as well as compete with wild horses and other animals for resources.

AWHC and other organizations such as the Sierra Club push for removal of these animals as a way to combat climate change and make room for other creatures.

The statement by AWHC ends on a high point, wishing that the BLM will change its tactics under the new leadership of Tracy Stone-Manning.

“As part of the FY22 House and Senate Interior Appropriations bills, a portion of BLM’s annual budget was allocated toward fertility control vaccines and directed the BLM to implement fertility control as a step away from costly and inhumane roundups,” said the statement.

“We hope that the new leadership at the BLM will take this opportunity to change course toward truly scientific and sustainable management that will protect and preserve America’s wild horses and burros and the public lands they call home.”