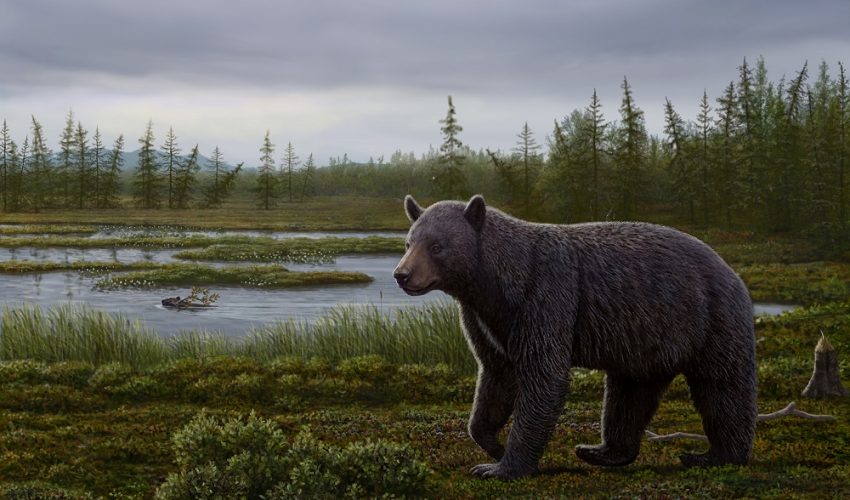 A team of scientists have found 3.5 million-year-old fossils of an ancient bear, and its teeth showed it loved sweets.

The fossils include the skull, teeth and partial skeletal remains of two individual bears from the species Protarctos abstrusus, previously known only from a fossilized tooth discovered in Idaho. Scientists from the Natural History Museum of Los Angeles County and the Canadian Museum of Nature studied the new fossils, and made an interesting discovery: cavities in the teeth.

The ancient bear was a close relative to the ancestor of modern bears, the researchers also discovered.

“This is evidence of the most northerly record for primitive bears, and provides an idea of what the ancestor of modern bears may have looked like,” said Dr. Xiaoming Wang of the Natural History Museum of Los Angeles County, the study’s lead author

P. abstrusus was slightly smaller than today’s black bears, with a flatter head and different dental profile, the researchers said.

However, one characteristic is similar to many modern bears. The ancient bear ate a high-calorie, sugary diet – possibly to prepare for winter hibernation.

“This is the first and earliest documented occurrence of high-calorie diet in basal bears, likely related to fat storage in preparation for the harsh Arctic winters,” Wang said.

The bones were discovered at a fossil site called the Beaver Pond, part of a rich prehistoric site on Ellesmere Island in Canada’s Nunavut province. Peat deposits at the site have helped scientists reconstruct life 3.5 million years ago, with fossils including fish, beaver, three-toed horse ancestors, deerlets and small carnivores.

Plant fossils have revealed the region as a boreal-type wetland forest that would have seen about six months of snowy winter each year. Fossil berries might have been the same sugary plants that gave the bears their cavities, the researchers said.

“The Ellesmere bear is important because it suggests that the capacity to exploit the harshest, most northern forests on the planet is not an innovation of modern grizzlies and black bears, but may have characterized the ursine lineage from its beginning,” Wang said.

The researchers looked at fossils of other ancient bear species to identify the Canadian skeletal remains and place them in an evolutionary context.

The researchers have published their findings in the journal Scientific Reports.

Image credit: Art by Mauricio Antón based on this paper; with input on plants from Alice Telka