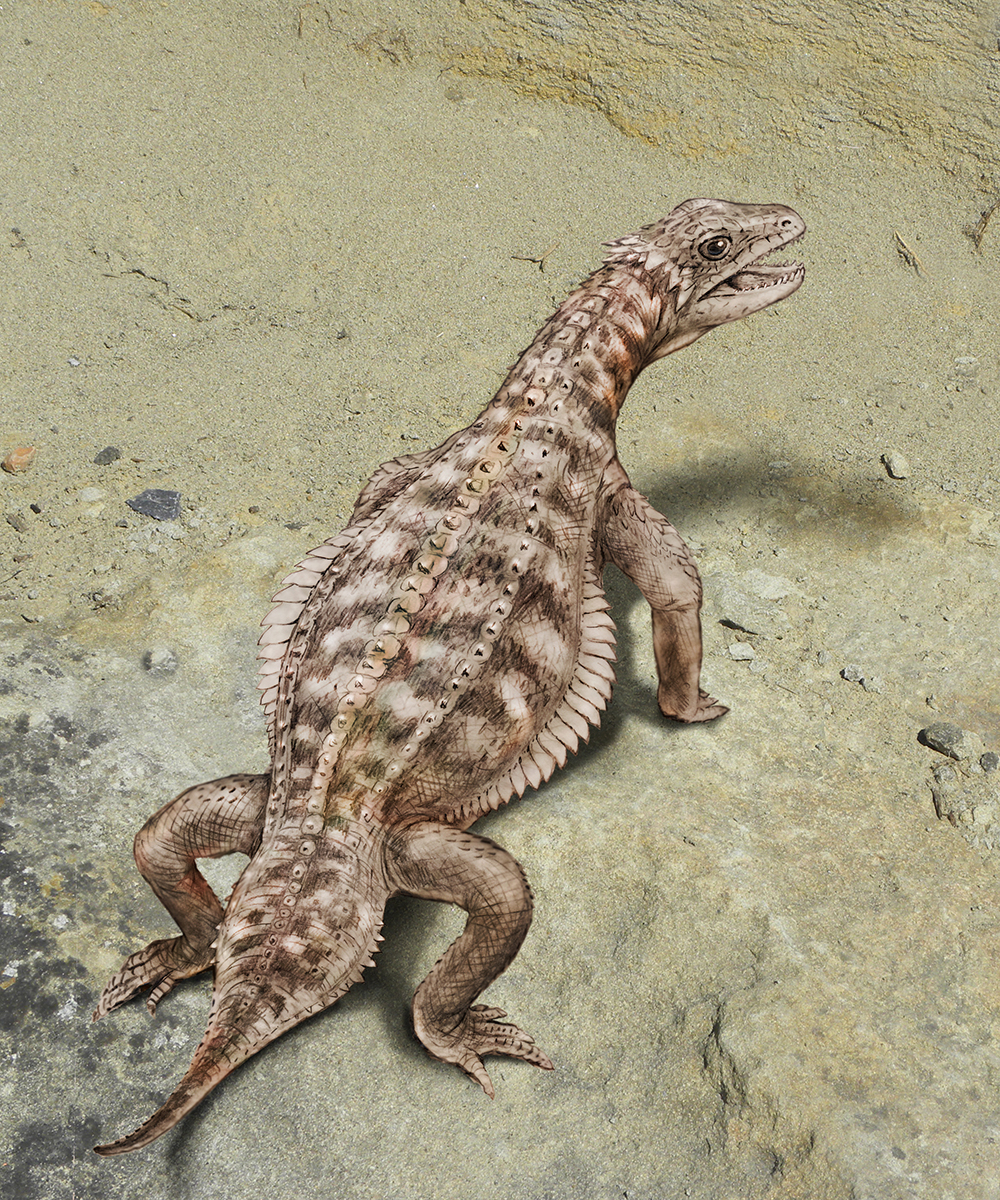 A new look at a disregarded discovery is giving researchers insight into an ancient Swiss reptile. The well-preserved remains of the Swiss reptile, Eusaurosphargis dalsassoi, were reconstructed by scientists to reveal a creature that looked like a mythical dragon with bony-plated armor.

Eusaurosphargis dalsassoi was first described 14 years ago using a sample that was broken and only partially preserved. Most aspects of the appearance and lives of the ancient creatures remained unknown.

The sample used for the current study was a well-preserved fossil recovered 15 years ago near the easternmost canton of Switzerland known as Grisons. The 241-million-year-old fossil was found in a calcareous deposit among fish and marine reptiles, and was mistakenly identified as a fish.

Over a decade after the fossil was first found, scientists finally pieced together the fascinating image of this ancient reptile. The skeleton of the Eusaurosphargis dalsassoi that was assembled by the team stood approximately 20 centimeters long with a well-developed armor of osteoderms.

The researchers were surprised how much the reptile looked like girdled lizards, or Cordylidae. Some of the more strongly-armored girdled lizard species may have served as the basis for the creation of mythical dragons due to their appearance.

The Eusaurosphargis dalsassoi also closely resembled small, scaly reptiles found today in the desert of southern Africa. Torsten Scheyer, a paleontologist at the University of Zurich, led the Swiss-British team in the study.

“This is a case of convergent development as the extinct species is not closely related to today’s African lizards,” explained Scheyer.

Genetic analysis of the specimen revealed that the reptiles were most closely related to various marine reptiles including ichthyosaurs, or “fish lizards.” However, the skeleton showed no signs of fins or flippers which would indicate that the species dwelled in the sea.

The scientists believe the Eusaurosphargis dalsassoi resided on beach islands in shallow waters like its marine relatives, and that the remains of this particular creature washed into the water and settled into the sea basin after it died around 241 million years ago.