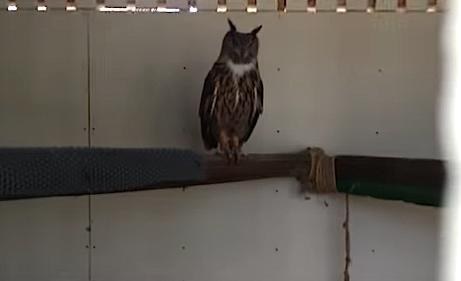 Some of the most adorable and lovable animals from your favorite movies may suffering in abhorrent living conditions. A former employee of leading Hollywood animal supplier Birds & Animals Unlimited has reported the organization to PETA with shocking allegations of animal abuse.

Birds & Animals Unlimited (BAU) has rented out animals to such high profile films as Marley & Me, The Hangover, and Pirates of the Caribbean. But according to an eyewitness who worked at the organization between August and November 2016, many of the animals were denied food, clean shelter, and veterinary care.

In a YouTube video released by PETA, an owl named Crash, who appeared in several of the Harry Potter films, is seen kept in a cage that is covered in six weeks worth of feces.

According to PETA, three pigs from the film College Road Trip were found emaciated, one with bloody sores running down the side of her body.

Two cats from the upcoming film Benji were starved for days on end after being considered “too fat.” In five days, they lost 5% of their body weight.

BAU employees also allegedly showed up to shelters posing as families looking to adopt a pet dog. But instead of taking them home, they would take the dogs to work on film sets. In the evenings, the dogs were left outside in freezing conditions without any bedding.

The BAU also reported to the U.S. Department of Agriculture that a kangaroo in their care had been relocated to Texas. But a manager later admitted that the kangaroo had broken its jaw and couldn’t eat, and then died under BAU’s watch.

The former employee reported that this was no isolated incident. Allegedly, many animals died at the facility having been denied access to veterinary care, sometimes for an entire month.

PETA has filed an official complaint with the U.S. Department of Agriculture regarding the alleged animal abuse at Birds & Animals Unlimited.

“Animals used for film and television have been neglected, left hungry, and treated like disposable props,” said Lisa Lang, senior vice president at PETA. “The only way to ensure that a production is humane is to keep it animal-free.”