Ants and bees prove how putting the community first pays off • Earth.com 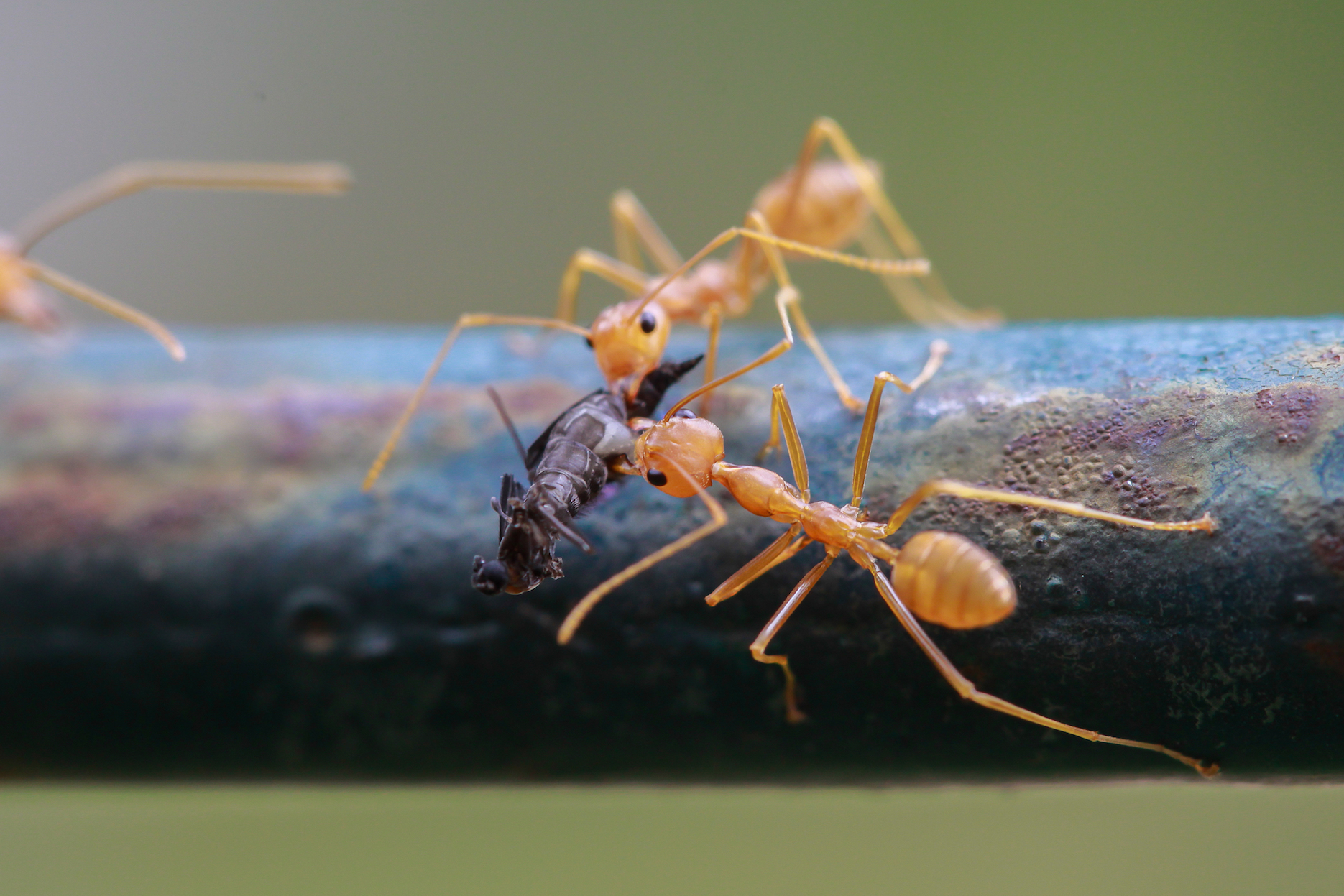 Ants and bees prove how putting the community first pays off

Why are ants, bees, and other insects that depend on a well-defined hierarchical society so good at working together?

Previous research has shown that even when given the option to act in a way that would better serve the needs of an individual, bees always put the colony first.

Now a new study conducted by researchers from Rockefeller University shows that even when resources are scarce, ants prefer to work together rather than compete for food or status.

“You would think, if you pair similar individuals from a single species, their function would be redundant, If anything, there should be competition between individuals,” said Daniel Kronauer, the leader of the research.

But the researchers found that even genetically identical individuals are better working together.

The results were published in the journal Nature and help shed insight on the development of civil societies.

For the study, the researchers observed groups of clonal raider ants. Some of the groups were made up of as many as 16 ants whereas a few groups only had one ant.

The researchers discovered that the larger groups were better at splitting up tasks despite genetic similarity among the group.

Although the larger groups did seem to fare better, the overall results show that more ants are better than one regardless of how many individuals there are in a single group.

“It’s easy to see how individuals work together in more complex societies, such as those with queens and workers, because they have distinct roles,” said Kronauer. “But that’s not how insect societies started out. This research shows that very simple societies can have an evolutionary advantage over individuals living by themselves–which provides a stepping stone to understanding how complex societies evolved from solitary animals.”