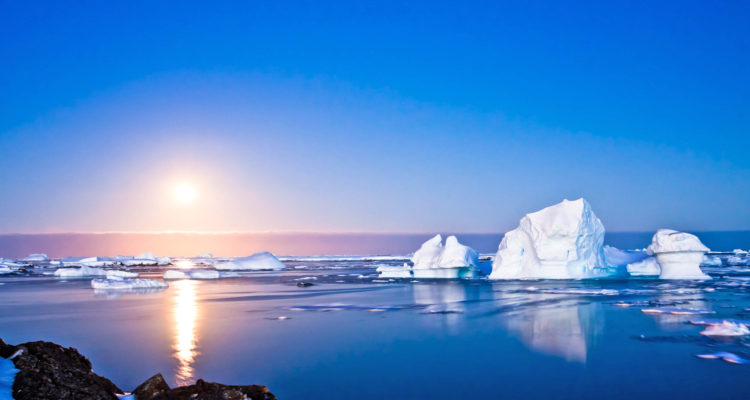 The Arctic Ocean plays a significant role in the nitrogen cycle, research suggests.

Research from the University of Texas in Austin released in Nature Communications today explains that the nitrogen cycle is one of the processes which is responsible for keeping life flowing between the atmosphere, land and oceans.

This new report focuses on the continental shelf in the Arctic Ocean. Marine chemists and biologists discovered that seabed microbes remove substantial quantities of nitrogen from the Arctic Ocean. The study shows that this region accounts for around 5 percent of global nitrogen removal.

The scientists hypothesize that, in the past, the oceans maintained an equal balance of nitrogen sources and removal. Global nitrogen levels are higher than ever now due to human activities such as fertilizer run-off and pumping sewage into the oceans, throwing the ecology off balance.

All living creatures need nitrogen to survive, but this balance is delicate – excessive nitrogen can harm ecosystems. Instances of nitrogen pollution include “dead zones,” fish kills, shellfish poisoning, and loss of coastal habitats such as seagrass meadows and coral reefs. The ocean naturally removes some of the extra nitrogen by converting it into inert nitrogen gas, a process called “denitrification.”

This was the first study ever to measure processes which remove nitrogen in the Arctic region. The study was conducted in the Chukchi Sea, adjacent to the Pacific Ocean and Alaska. This area is also of interest to the oil industry, as it potentially contains large reserves of oil and gas. The Obama administration removed the area of Hanna Shoal in the northeast Chukchi Sea from consideration for future oil and gas leasing. This new research further suggests this region needs protection.

The lead author of this paper, Dr. Amber Hardison, assistant professor of marine science at the University of Texas at Austin says, “The Arctic is also undergoing dramatic changes linked to climate change, including a rapid decline in sea ice. As sea ice shrinks, it disrupts the natural functioning of the ecosystem, including potentially limiting the vital nitrogen removal process.”

The scientists also reported that animals living on and under the seafloor also have a significant role to play in the denitrification process. By creating burrows in the seabed, they create the perfect climate for bacteria.