As oceans warm up, smaller species of fish will dominate • Earth.com 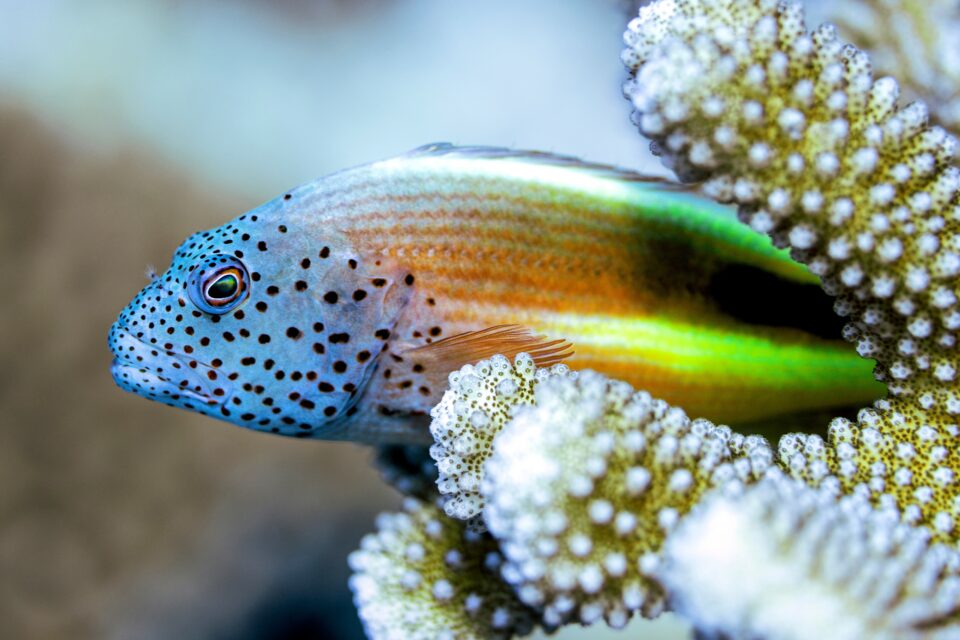 As oceans warm up, smaller species of fish will dominate

As the oceans become warmer due to climate change, they will contain less oxygen. The solubility of oxygen decreases as temperature increases and so oceanic warming will be accompanied by lower availability of the element. But fish living in warmer waters will have higher energetic demands and associated oxygen consumption. This means that larger fish species will not be able to survive in the oxygen-poor waters of the future because their energy needs will not be met.

Instead, it is theorized that smaller fish species will become more abundant as climate change pushes up the temperatures of oceanic waters, a situation that could have serious consequences in regions of the world, such as off the coast of Peru, that are currently hotspots for fish production.

In order to understand the possible impact of future climate change on fish abundance, Renato Salvatteci from the Center for Ocean and Society, Christian-Albrechts University, Germany, and colleagues, looked back into conditions during the last interglacial period (130,000–116,000 years before present) when oceanic warming occurred in the Humboldt Current system off the west coast of South America.

The team used a marine sediment core collected off central Peru in 2008, dated it using Oxygen-18 concentrations in benthic foraminifera, and then analyzed samples that fell within the time period for the last interglacial period. They focused particularly on the vertebrae and scales of fish that had been fossilized in these marine sediments and used them to identify the species present and their sizes.

The findings indicate that the fish fauna present during the previous warm (interglacial) period in the Humboldt Current system was dominated by small, goby-like fishes. This is in comparison with the larger, anchovy-like species that have dominated since the start of the Holocene (11,700 years before present) and that currently drive the region’s incredibly productive modern fishery.

The authors found no evidence of reduction in body size within a fish species during the interglacial period, but rather a replacement of larger species by smaller species, such as gobies, Vinciguerria lucetia (Panama lightfish) and blue lanternfish. They suggest that this shift to smaller fish species was most likely due to the lower oxygen content of the warmer water 130,000 years ago, rather than to changes in food supply. Smaller goby-like fishes have larger gill surfaces in relation to their body volume and can therefore withstand low oxygen water while anchovies, which reproduce in water less than 25oC, probably would have migrated poleward to seek more favorable conditions at that time.

Using the Regional Ocean Modeling System that provides daily, three-dimensional temperature, salinity, sea level and velocity fields over the 2006–2100 time period, the authors were able to ascertain predicted oceanic conditions up until the start of the 22nd century. This modeling system predicted that similar conditions will occur in future to those found to exist during the last interglacial period. For example, future projections show a similar magnitude of warming (about 2o above current temperatures), intensified subsurface oxygen depletion, strengthened vertical density gradients and comparable primary production.

Due to the similarities in environmental conditions between what is predicted later this century and what occurred during the last interglacial period, the researchers see no reason why the same trend in smaller fish species should not also characterize the ocean communities of the future. This would have profound consequences for marine biodiversity but would also pose a threat to fisheries and to those dependent on fish as a source of food and livelihood, worldwide.

In fact, recent studies indicate that the environmental conditions and fish communities in the Humboldt Current system are already progressing toward those of the study’s paleoreconstruction. For example, in the past few decades, mid-water oxygen concentrations have decreased off Peru, the abundance of several warm-water mesopelagic species (like V. lucetia) has increased, and anchovy biomass and landings have steadily decreased.

“Fishery managers, global markets, and other stakeholders will need to develop adaptive strategies to cope with this threat to the Humboldt Current food source while raising awareness regarding similar climate-driven shifts in fish communities elsewhere,” wrote Moriaki Yasuhara and Curtis Deutsch in a related Perspective

The study is published by AAAS in the journal Science.