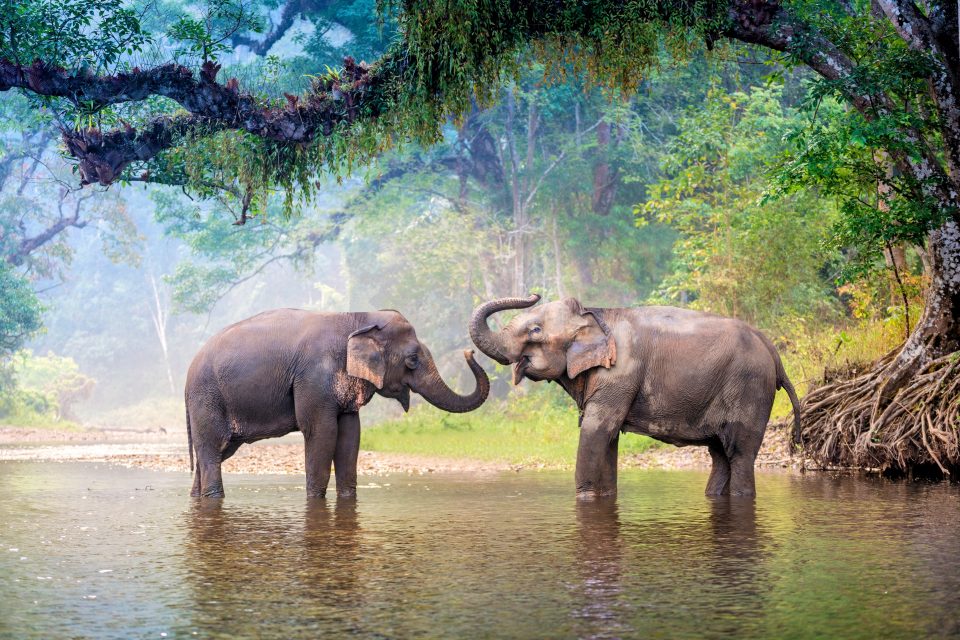 In keeping with this rule, many of the sounds Asian elephants produce are low frequency calls – trumpets and infrasonic rumbles below the threshold of human hearing. Researchers at the University of Vienna have been studying these vocalizations for decades.

Asian elephants – but not their African cousins – make a high pitched squeaking noise that cannot, if the rule holds, be produced by their large vocal folds. To investigate, the experts analyzed the squeak sounds in Asian elephants from Nepal.

The research team used 48 microphones and a special camera that translates the location of sounds into colors, similar to a heat sensing camera. In this way, the precise location of each sound was visually mapped as it was created.

The researchers discovered that the squeaking sound is created by the elephant’s mouth, not by the trunk as in trumpeting.

“Our results strongly suggest that Asian elephants force air from the small oral cavity through the tensed lips, inducing self-sustained lip vibration. Besides human brass players, lip buzzing is not described elsewhere in the animal kingdom,” wrote the study authors.

“Given the complexity of the proposed mechanism, the surprising absence of squeaking in most of the unrelated subjects and the indication for volitional control, we hypothesize that squeak production involves social learning.”

The research supports other recent discoveries which show that elephants have the ability to learn and repeat novel sounds they hear. The study highlights the elephant’s vocal flexibility as well as their learning capacity.