Bacteria can maneuver seamlessly through obstacles to get food • Earth.com 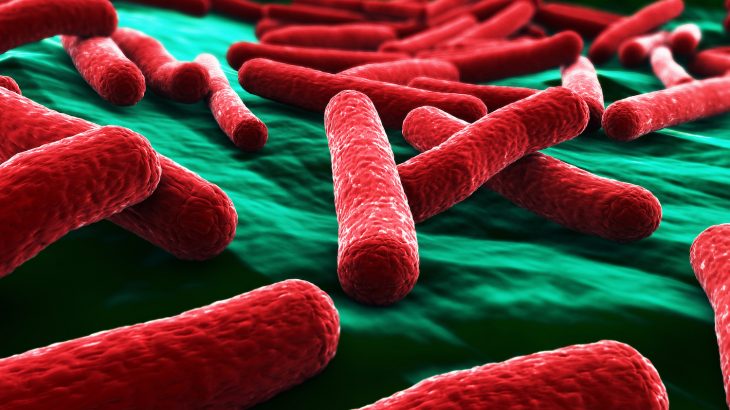 Bacteria can maneuver seamlessly through obstacles to get food

Understanding how bacteria move, get around obstacles, and find food has a wide range of implications for advancements in antibacterial medicines, biology, and even robotics.

Bacteria use a commonly known “swim and tumble” tactic to get food where bacteria will swim for a bit and then tumble in circles to reposition themselves to stay on course to their target.

In a new study, researchers from Carnegie Mellon University, the University of Pittsburgh, and the Salk Institute for Biological Studies found that when confronted with obstacles, bacteria change up their swim and tumble tactics to quickly reach their goals.

The study was published in the Proceedings of the National Academy of Sciences and is one of the first studies to investigate how obstacles impact bacteria chemotaxis (how a bacteria moves toward a food source).

Even though bacteria are constantly faced with obstacles in the real world like the complicated gastrointestinal tract that E. coli move through, chemotaxis research has previously studied bacteria movement in unobstructed areas.

This led to the premise that obstacles would slow down bacteria, and to test this, the researchers created a microfluidic chamber filled with evenly distributed obstacles which E. coli had to maneuver around.

“Almost regardless of the obstacles, they got to the food almost as quickly as they did without obstacles,” said Sabrina Rashid, the lead author on the study. “The obstacles were not affecting the time they needed to reach food, as the previous models predicted.”

The bacteria changed up their behavior when faced with an obstacle, swimming more and tumbling in circles less. The bacteria also secreted chemicals to communicate with each other.

After running the tests with the bacteria obstacle course, the researchers created a chemotaxis model to predict bacteria movements apply the behavior changes to rescue robot simulations working to find people trapped in the debris.

The simulation showed that robot rescue units could maneuver around debris quicker using the different tactics of bacteria looking for food in an obstacle course.