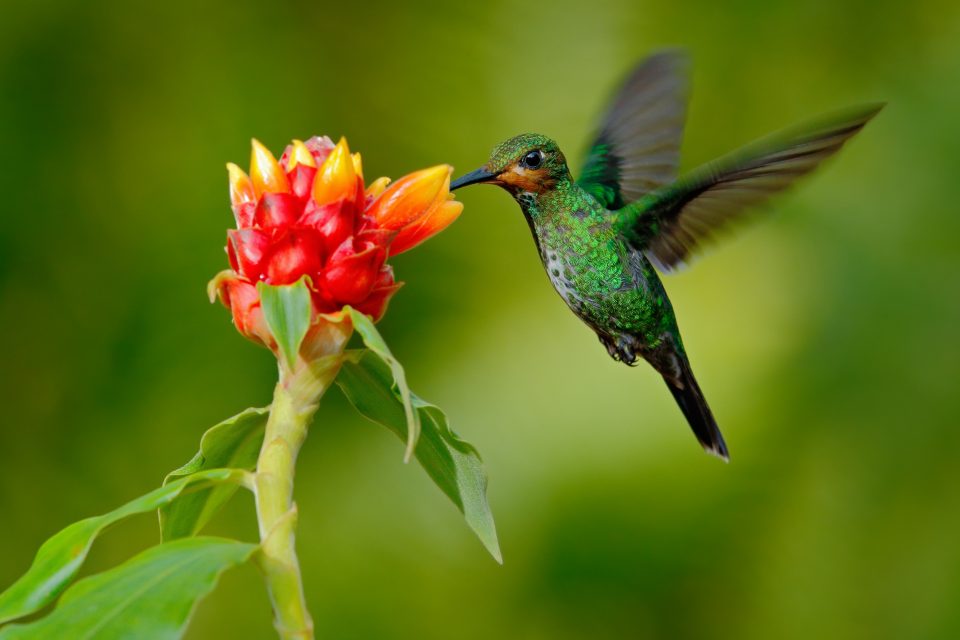 A new study conducted by researchers from Stanford University provides insight into the hovering flight capabilities of bats and hummingbirds, the only two vertebrates that can hover in place.

Hummingbirds are well known for their speed, endurance, and impressive agility, but they aren’t the only winged animals that can hover at a place to feed.

River Ingersoll, a graduate student at Stanford University, examined bats and hummingbirds in Costa Rica in order to better understand hovering flight between the two vertebrates.

“We’re really interested in how hovering flight evolved,” said Ingersoll. “Nectar bats drink from flowers like hummingbirds do, so we want to see if there’s any similarities or differences between these two different taxa.”

To study hovering flight, the researchers set up delicate, almost invisible nets in the jungle of Las Cruces, Costa Rica in the hopes of catching hummingbirds and bats to study and then release.

All in all, the researchers were able to examine over 100 hummingbirds and bats from 17 hummingbird and three bat species.

Once a bird or bat was caught the researchers placed it in a flight chamber that contained aerodynamic force sensors, and the animals’ movements were also recorded using high-speed cameras.

The sensors measured small changes in the vertical force even capturing minute changes in wing movements of hummingbirds that weighed as much as 2.4 grams.

The researchers synced up the force measurements with the high-speed camera footage which showed how wing shape at any given moment affected the vertical lift.

Even though the bats and hummingbirds exerted the same amounts of energy in relation to their weight, the researchers discovered that hummingbirds, fruit bats, and nectar bats all hover in different ways.

Hummingbirds are more aerodynamically efficient in their hovering flight and can invert their wings more easily than bats.

The researchers say that understanding how hovering flight works in different animals could be useful for improving flying robot and drone technology in the future.