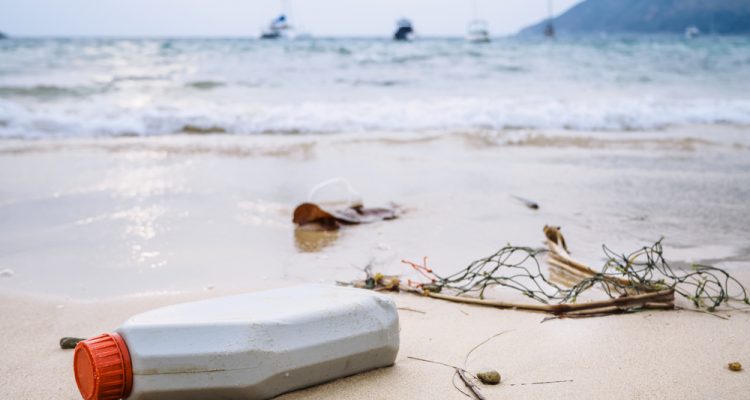 Procter & Gamble are hoping to cut down on ocean trash with new shampoo bottles that are recyclable and made out of beach plastic.

The American manufacturer teamed up with TerraCycle and Suez, environmental management companies, to create the new shampoo bottles. They’re the first shampoo bottles in the world made with up to 25 percent post-consumer beach plastic, the company said.

More companies are becoming aware of how plastic trash can end up on beaches worldwide. Scientists are also learning more about the effect plastics have on the ocean’s ecosystems.

Scientists have known for a while now that at least some plastic gets into the ocean. Recent studies have shown the problem is getting worse.

In August, a study found high concentrations of microplastics – tiny, broken-down pieces of non-biodegradable plastic – in the most remote parts of the ocean. Other studies in 2016 found that seabirds, fish, and a number of marine creatures eat plastic trash and microplastics.

Those microparticles of decaying plastic cause health problems and can even lead to death for some sea creatures.

P&G already uses post-consumer plastics in packaging for its products, and has for more than two decades. The company hopes to double the amount of recycled plastic is uses by 2020.

P&G announced its plans for shampoo bottles made with beach plastic in Davos, where the World Economic Forum is being held.

It was joined by Unilever, which pledged that all of its plastic packaging will be reusable, recyclable, or compostable by 2025. The two multi-nationals also made a pledge, along with Amcor, Mars, Coca-Cola, and other corporations, to ensure that at least 70 percent of plastic packaging can be reused or recycled globally.

Currently, only 14 percent of plastic used worldwide is recycled.