Black-footed ferrets make themselves at home in Colorado • Earth.com 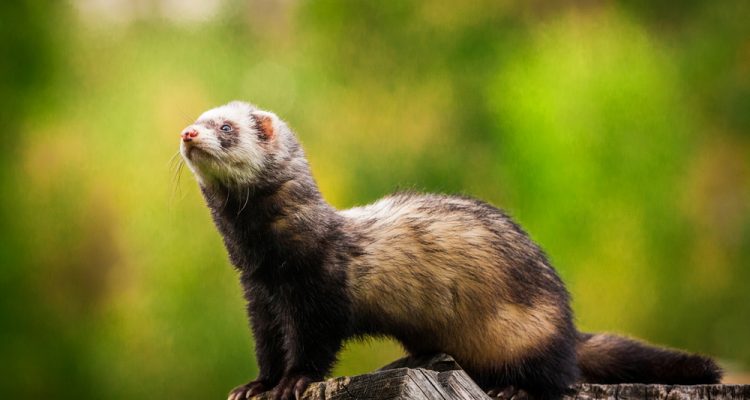 Black-footed ferrets make themselves at home in Colorado

Counting ferrets sounds like the kind of job an animal lover would dream up, but it’s vital to seeing how endangered black-footed ferrets are settling in at their new homes.

The rare weasel-like animals, once thought to be extinct, are doing well at the Denver wildlife refuge where they were released last year – and their numbers are growing.

The U.S. Fish and Wildlife Service conducted the count of the ferocious, furry creatures at the Rocky Mountain Arsenal National Wildlife Refuge in October. They found 47 of the critters – 20 of the original 28 that were bred in captivity and released in the refuge in 2015, and nearly two dozen born at the refuge.

Only five of the 15 ferrets released in this year’s batch were spotted during the count. Fish and Wildlife personnel weren’t too worried, however. They didn’t realize how many of the 2015 batch had survived when releasing this year’s ferrets; some of the breeding adults may have been crowded out and left to form dens in another area of the refuge, the researchers said.

The researchers found more survivors than they expected.

For the count, teams spent 10 nights scouting the refuge for the nocturnal ferrets, using lights to locate their reflective eyes, and by extension their dens. They then lined openings to the dens with burlap sacks, using those to catch the curious critters.

The captive-born ferrets have ID chips, making it easier to tell them apart from the ferrets born in the refuge. They were vaccinated for diseases like plague and rabies before their releases in 2015 and earlier this year.

The fresh ferrets were vaccinated and implanted with chips of their own, and then all of the ferrets were released back to their dens.

Fish and Wildlife plans to release another batch of 20 captive-born ferrets at the refuge next year, but hasn’t yet set a date.

Overall, about 300 of the ferrets live in the wild at 28 sites throughout the western United States, as well as in Saskatchewan, Canada and Chihuahua, Mexico – all parts of the black-footed ferrets’ native range.

Another 300 captive-born ferrets are being prepared for release this year.

The black-footed ferrets, which prey on prairie dogs, began dying off when the pests were exterminated, and plague lowered their numbers as well. They were believed to be extinct until a surviving colony was discovered in Wyoming in 1981.

Prairie dogs are also being reintroduced in some areas where they were eradicated, after researchers discovered that prairie dog towns provide vital habitat for more than 130 other species, and prairie dogs themselves are important prey for the ferrets and other animals.

Fish and Wildlife hopes to keep a stable number of about 3,000 adult black-footed ferrets in at least 30 sites across nine states.