Wealthy turn to young blood transfusions for health, but do they work? • Earth.com 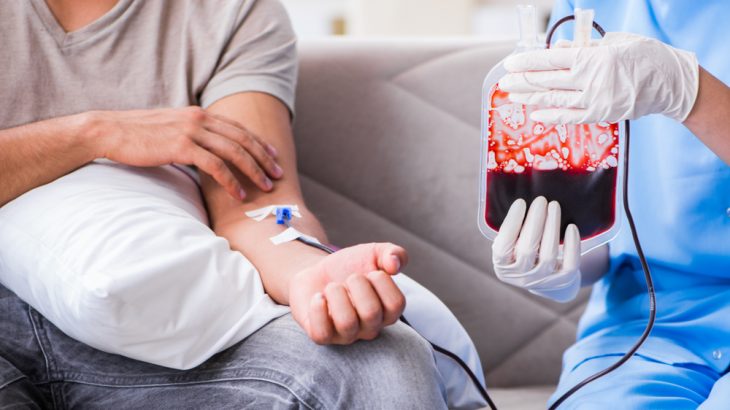 Wealthy turn to young blood transfusions for health, but do they work?

Ambrosia, a Bay Area startup, is offering transfusions of young blood to patients seeking to stave off the effects of aging. But some scientists are warning that it may be modern snake oil – or even dangerous.

Could young blood have healing properties? Or is it just the modern version of snake oil?

With some older Americans shelling out thousands of dollars on transfusions, scientists are torn on whether they’re effective – or safe.

In 2006, a study at Stanford University found that parabiosis – surgically connecting the circulatory systems of an older mouse with a younger one – appeared to have health benefits for the older mouse. The study was one of a handful that have inspired new research into whether young blood can help invigorate older people, too.

Another Stanford study using umbilical cord blood from baby mice found that a protein in the blood could ease signs of memory loss and improve muscle function in older mice, the Daily Mail reported.

A new startup has even begun making a name for itself based on the research. Ambrosia began its first human clinical trial to study the effects of young blood transfusions on older patients in 2017.

The brainchild of Dr. Jesse Karmazin, for just $8,000 patients can receive a 2.5-liter transfusion of young blood from multiple teenage donors. The transfusions are given over the course of two days. So far, Karmazin’s patients are in their early 60s on average, and two-thirds are men.

“We’re seeing people look better after just one treatment,” Karmazin told the Mail. “It’s like plastic surgery from the inside out.”

Ambrosia researchers say they have seen decreases in the levels of proteins associated with age-related diseases like Alzheimer’s and cancer.

Some scientists are raising alarms, however. They say that more research is needed to determine if the treatments are effective or even safe.

“Not only is it incorrect, it’s dangerous,” Dr. Irina Conboy, the lead author of the 2006 study, told Business Insider in September. Now a professor at the University of California, Berkeley, she and her husband Michael have continued their stem cell and parabiosis research into aging.

The older mice in their 2006 parabiosis didn’t see benefits just because of the infusion of young blood, she said. Parabiosis also allows them to make use of younger organs as well.

“When old and young mice are sutured together they share organs too — including their kidneys and all the important filtering organs,” Conboy said. “Imagine you had a new liver. You’d probably see benefits too.”

But because blood transfusions involve putting foreign blood into a new body, they carry with them some health risks, she told the economic website. Older patients especially have a higher risk of developing graft-versus-host disease, causing their own blood cells to attack the young blood and potentially causing lung damage.

“They quite likely could inflict bodily harm,” Conboy said.

Still, Ambrosia and other companies are continuing to research the potential benefits of young blood.

Elevian, a Massachusetts-based company is working with researchers at Harvard University, is investigating GDF11, a protein found in larger amounts in young mice, may have positive effects on organ and muscle tissues in older mice.

Biotech firm Alkahest conducted their own trial last year, treating people with mild to moderate Alzheimer’s with young blood infusions twice a week. The firm reported that the patients say no negative effects from the donations, and they were better able to perform some basic daily life skills like shopping and cooking.

The research is promising, but more study is needed, scientists said.

“Is there really something in the young blood that would override all the negative effects from the old blood?” Conboy said. “Until someone repeats that I’m not sure that I believe it. Even scientists with the best of intentions can observe something that’s a fluke.”