Blue whales use changes in the wind to locate food • Earth.com 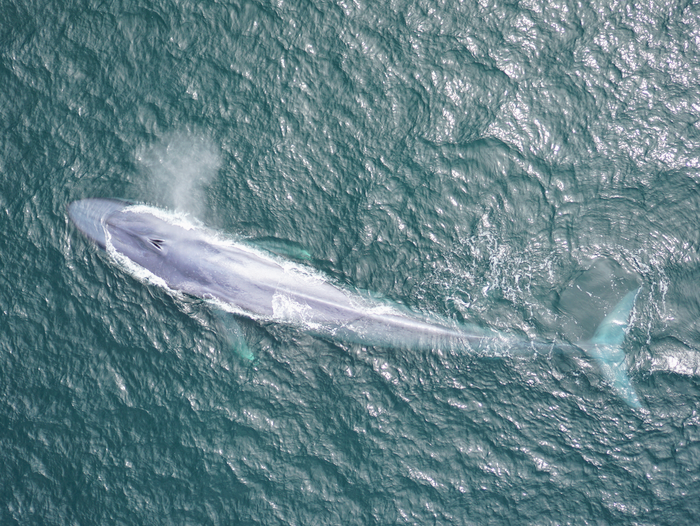 A recent study led by the Monterey Bay Aquarium Research Institute (MBARI) has shed new light on the movements of mysterious, endangered blue whales. The experts used a directional hydrophone – a specialized underwater microphone that records sounds and identifies the direction from which they originate – to listen for the booming vocalizations of blue whales. By using these sounds, they tracked the movements of blue whales and discovered how these ocean giants respond to changes in the wind.

Along California’s Central Coast, both spring and summer bring coastal upwelling. From March to July, seasonal winds push the upper layer of water out to sea, allowing the colder water below to rise to the surface. This nutrient-rich water fuels massive blooms of phytoplankton, jumpstarting the food web in the Monterey Bay, from tiny krill all the way to gigantic whales. The scientists discovered that, when the winds create such an upwelling event, blue whales seek out the plumes of cooler water, where krill are most abundant, while when the upwelling stops, these whales move offshore into habitats that are often transected by shipping lanes.

“This research and its underlying technologies are opening new windows into the complex and beautiful ecology of these endangered whales,” said study lead author John Ryan, a biological oceanographer at MBARI. “These findings demonstrate a new resource for managers seeking ways to better protect blue whales and other species.”

The study built upon previous research which revealed that swarms of forage species, such as anchovies and krill, responded to upwelling events. This time, the scientists combined satellite and mooring data of upwelling conditions and echosounder data on krill aggregations with the acoustic tracks of foraging blue whales logged by the directional hydrophone.

According to the researchers, blue whales recognize when the wind is changing their environment and identify places where the wind aggregates krill, their main type of food. While scientists have long known that blue whales seasonally occupy Monterey Bay during the upwelling season, this new study has revealed that they are able to closely track the upwelling event on very fine spatial and temporal scales.

“Tracking many individual wild animals simultaneously is challenging in any ecosystem. This is especially difficult in the open ocean, which is often opaque to us as human observers,” said study co-author William Oestreich, a postdoctoral fellow at MBARI. “Integration of technologies to measure these whales’ sounds enabled this important discovery about how groups of predators find food in a dynamic ocean. We’re excited about the future discoveries we can make by eavesdropping on blue whales and other noisy ocean animals.”