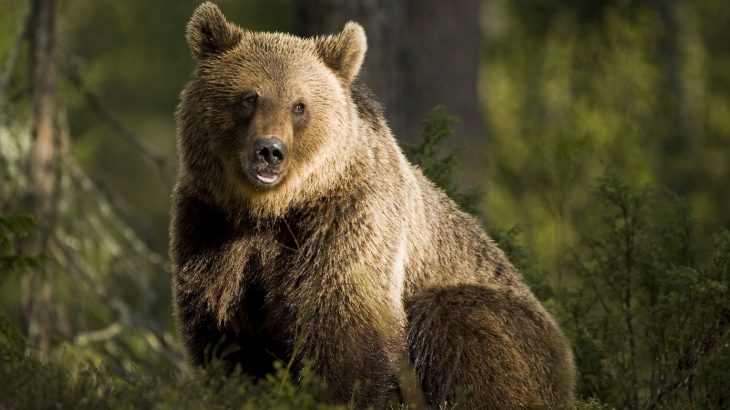 Today’s brown bears have DNA that contains the ancient remnants of a long since extinct massive species of cave bear, one of the giants of the Ice Age.

Along with saber-toothed tigers, woolly mammoths, and giant sloths, during the last Ice Age there were bears that weighed up to a ton and measured ten feet tall standing on their hind legs.

These cave bears, or megafauna as they were called, went extinct 25,000 years ago due largely to being hunted and driven out of their caves by humans.

However, a new study conducted by researchers from the Potsdam Institute in Germany shows that even though ancient cave bears went extinct they interbred with brown bears, the proof of which can be found in modern DNA of brown bears.

The results were published in the journal Ecology and Evolution.

The research shows that we may need to reevaluate how we classify extinct as this is the first time that the DNA of a prehistoric Ice Age giant has been found in a modern animal.

“Our results show that even though extinction is typically considered as absolute, following admixture, fragments of the gene pool of extinct species can survive for tens of thousands of years in the genomes of extant recipient species,” said Axel Barlow, the corresponding author of the study.

The researchers mapped the genomes of four ancient cave bears discovered in Austria, Spain and Armenia. Once they had the mapped the DNA of the cave bears the researchers compared that to modern bear species still alive today including brown bears, black bears, and even polar bears.

Brown bears have 0.9 to 2.4 percent ancient cave bear DNA within their genes, and the cave bear bones also had traces of ancient brown bear DNA which shows that interbreeding occurred among the two species.

The study calls into question what we consider to be extinct, as other mammals today may have traces of other Ice Age giants due to interbreeding events taking place, but further research is needed to prove this to be true.