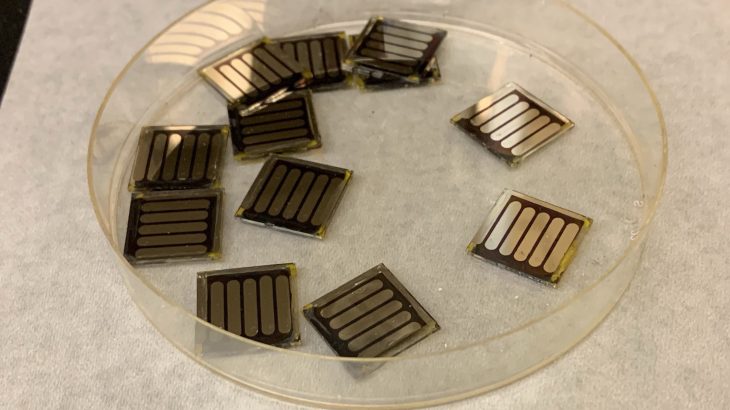 Perovskite solar cells are becoming a popular alternative to traditional solar panels and just like humans these cells get a boost from caffeine.

Perovskite solar cells are made up of a cubic crystal structure identical to the structure of the mineral calcium titanium oxide, and there are many promising applications in clean energy due to perovskite’s conductivity.

There is also hope that the material could replace costly silicon solar cells.

Researchers from the University of California, Los Angeles (UCLA) and Solargiga Energy conducted a study to test the impacts of caffeine on perovskite solar cells to see if it would make the material more efficient at generating electricity.

The study was published in the journal Joule.

“One day, as we were discussing perovskite solar cells, our colleague Rui Wang said, ‘If we need coffee to boost our energy then what about perovskites? Would they need coffee to perform better?’” said Jingjing Xue, a Ph.D. candidate at the Department of Materials Science and Engineering at UCLA.

Previous attempts to enhance the efficiency of perovskite have been unsuccessful, but this is the first time that caffeine was used.

The researchers used spectroscopy to confirm that the caffeine bonded with the perovskite layer and discovered that a carbon atom double bonded to an oxygen atom in the caffeine and interacted with lead ions in the perovskite which created a kind of molecular lock.

With the added boost from caffeine, it lowered the amount of energy required for the perovskite solar cells to convert solar energy into electricity, making the cells over 20 percent more efficient.

“We were surprised by the results,” said Rui Wang, the first author of the study. “During our first try incorporating caffeine, our perovskite solar cells already reached almost the highest efficiency we achieved in the paper. Caffeine can help the perovskite achieve high crystallinity, low defects, and good stability. This means it can potentially play a role in the scalable production of perovskite solar cells.”

The researchers will continue to study the enhancing impacts of caffeine when combined with perovskite.