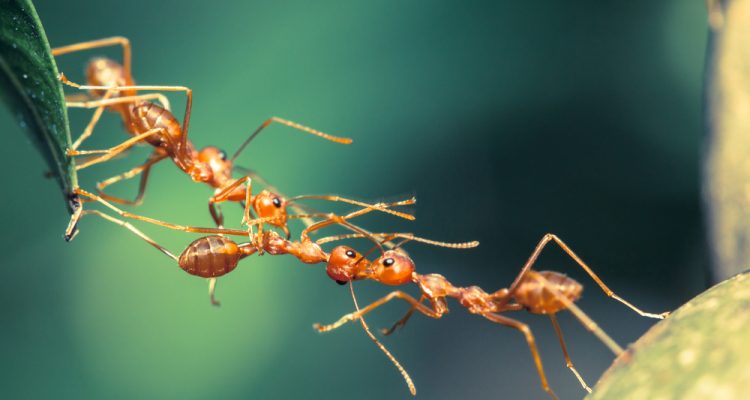 Don’t worry, 2016 hasn’t been all bad. As all of the celebrity deaths, dirty politics, and creepy clowns stole our attention, researchers were working quietly behind the scenes, studying our planet. And it paid off – they’ve discovered 133 new species of plants and animals this year.

The new species were discovered on five continents and in three oceans, and range from blood-sucking ants, to a new bird virus, to the most beautiful fish one scientist had ever seen.

“Biodiversity scientists estimate that we have discovered less than 10 percent of the species on our planet,” Dr. Shannon Bennett said in a press release from the California Academy of Sciences.

The Academy publicized the 133 finds, which were discovered by Academy-associated scientists. Bennett is the Academy’s chief of science.

“Each of these species – known and as-yet-unknown – is a wonder unto itself, but may also hold the key to ground-breaking innovations in science, technology, or society,” Bennett said of the discoveries. “Species live together in rich networks that thrive on complexity whether we can see it or not.”

Dracula ants build tiny colonies underground, where they feed off of their own larvae. They wound the young ants to drink their hemolymph – a blood-like substance in larval insects. They live most of their lives underground or in rotten eggs, and also prey on centipedes and beetles.

Another new species of insect spotted in Madagascar is Thevenetimyia spinosavus, which means “thorny grandfather.” The insect looks like a bee, but it isn’t. It’s a bee fly, which are known for imitating other insects such as bees (like their name indicates), wasps, and even spiders.

What makes this particular bee fly unique, however, is that it is long, slender, and covered in grey bristles. It also has spikes on its thorax. The other bee flies in Madagascar are shorter and chubbier, and the new discovered doesn’t seem to be closely related genetically. In fact, it’s more similar to bee flies in northern Africa, showing the species likely has a wide range.

Bee flies, including the new discovery, do pollinate plants like their true bee doppelgangers. However, their larvae are fierce, and often attack and eat the larvae of other species.

The Grammatonotus brianne is the deepest new fish discovery made by human hands, according to the Academy. It’s a stunning pink and yellow species of groppo discovered by deep-diving scientists in a “twilight zone” reef off the coast of the Philippines.

“This groppo is the most beautiful fish I’ve ever seen,” said Dr. Luiz Rocha, who spotted the new species along with Bishop Museum research associate Brian Greene. The groppo shows how little humans know about the ocean’s deep reefs, he said.

Bird flu may be what worries humans, but the newly discovered Poecivirus may cause a lot more trouble for birds. The virus has been linked to a disease that has harmed birds and stumped scientists for years – it may even be the cause, or one of them.

Scientists have studied Avian Keratin Disorder for more than a decade, but learned little about the disease. It causes birds’ beaks to grow out of control, making it difficult for them to eat or preen their feathers. All birds, but especially water birds, use preening to spread waterproof oils on their feathers, which keep the birds warm and dry. Birds with overgrown, deformed beaks from AKD often suffer from cold and hunger, eventually dying.

The new virus was discovered among DNA fragments from bird populations in Alaska and the Pacific Northwest. It appears to be from the picornavirus family, which also includes human illnesses like polio and the common cold. The researchers will need to continue studying the disease to determine if it is the cause of AKD.

Other new discoveries include a species of armored lizard with unique defensive habits from Angola, a new species of coral off the coast of California, seven brightly colored new sea slug species, a new pink flower in Mexico, and 36 new types of ground beetles – most of them from a single national park in Madagascar. Scientists also discovered fossil remains of previously unknown ancient sea urchin and sand dollar species.