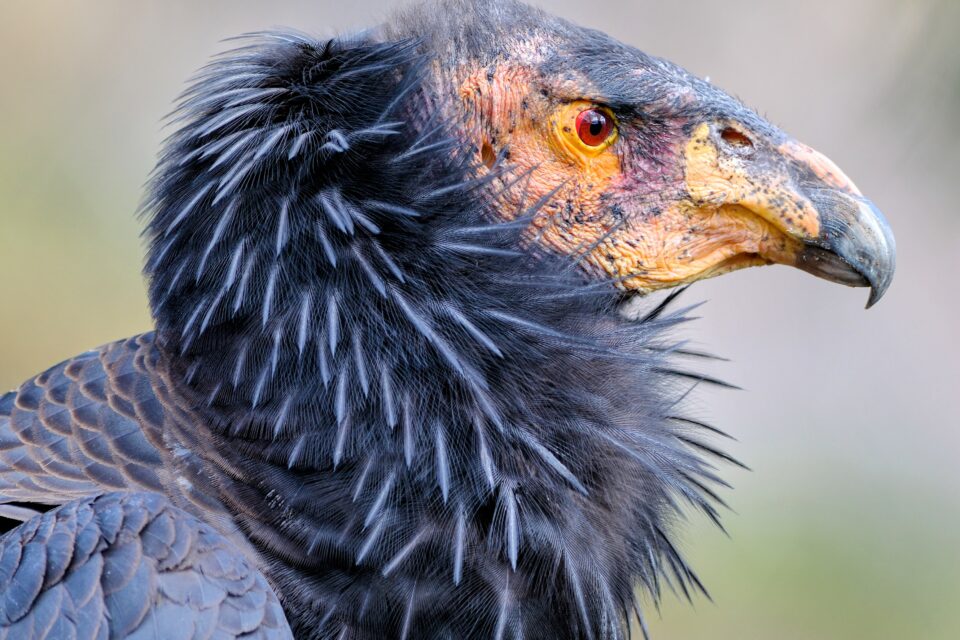 A new study led by San Diego State University (SDSU) has found that contaminants which were banned decades ago are still imperiling California condors, which are already critically endangered. Since they feed upon marine mammals stranded on the Californian coast and harboring high levels of halogenated organic contaminants (HOCs), these condors are at increased risk of reproductive impairment.

California condors were nearly extinct a few decades ago, mostly from lead poisoning due to ingesting fragments from land animals shot with lead ammunition. Fortunately, their population has been slowly recovering thanks to extensive breeding and reintroduction efforts.

Since coastal habitats present a lower risk of exposure to lead because of the availability of marine species that condors can feed on, these sites appeared highly advantageous for condor reintroduction. However, old contaminants detected in marine mammal carcasses are now posing a new threat to coastal condors.

Although HOCs were banned a long time ago, they are highly resistant to environmental degradation and continue to accumulate in marine food webs. Some of these compounds, such as DDT or PCBs, are endocrine-disrupting chemicals, leading to reproductive problems in the animals that consume them.

The scientists found that on the California coast, marine mammals had about seven times more DDT and 3.5 times more PCBs than their counterparts in Baja California, Mexico.

Dr. Dodder and his colleagues detected an average of 32 contaminants in the coastal condor blood samples, compared to only eight in their inland counterparts. Besides a high prevalence of DDT and PCBs (seven times and 40 times more abundant, respectively, in coastal condors compared to inland ones), other harmful contaminants such as TCMP and TCPMOH have also been found in these birds, posing new threats to an already highly endangered species.

“Some of the contaminants present in marine mammal samples that we collected are ‘unknown’ in terms of their structure and potential to disrupt hormone function,” said study co-author Christopher Tubbs, the associate director of the San Diego Zoo Wildlife Alliance. “This study exclusively looked at one hormone pathway, estrogen, but many of the contaminants identified are well known to interfere with multiple hormone pathways. These warrant further study,” he concluded.