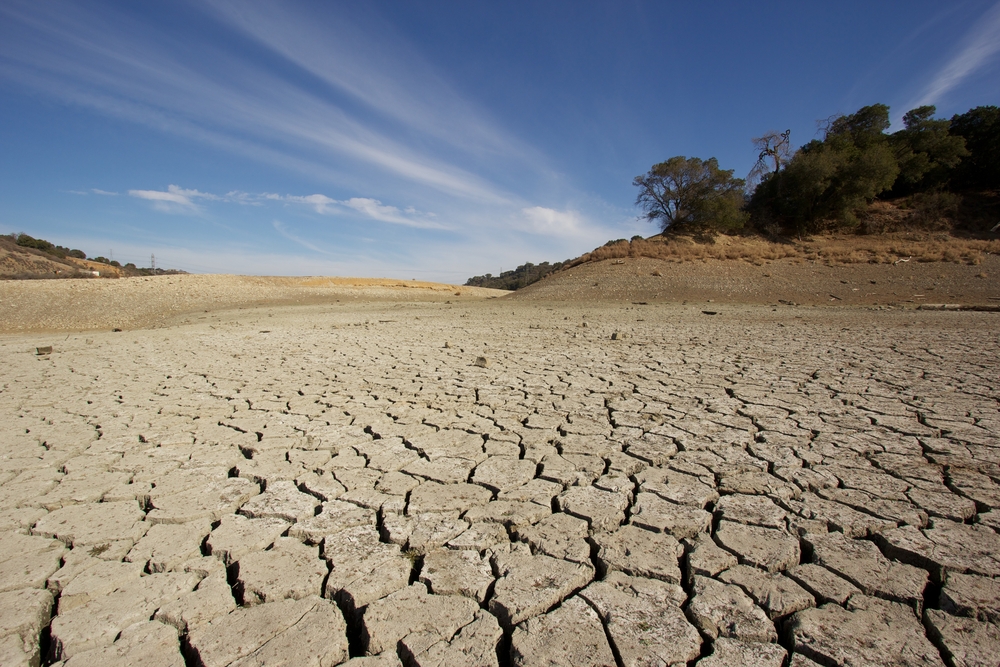 Over the past 10 years, California has battled a series of droughts that have drastically changed its landscape. The US Geological Survey (USGS) has just released a set of satellite images taken of California regions over the course of the past decade. The images highlight just how severe an effect the California drought has had on the state’s precious water reserves.

Satellite images of Lake San Antonio in Monterey County taken in September 2001 and then again in 2016 show an alarming decrease in size. As of January 2016, the lake sat at just 3% water capacity.

Trinity Lake in the Central Valley, Lake Cachuma in Santa Barbara, New Melones Lake in the foothills of the Sierra Nevada, Lake Perris in Moreno Valley, and Lake Piru in Ventura County are all seen in the side-by-side images shrinking to tiny versions of their former selves. The Santa Margarita Lake just south of San Luis Obispo County looks to be barely hanging on as a thin sliver.

With temperatures continuing to rise, experts predict a 70 to 90% chance of megadroughts over the next century, according to a study published in the journal Science Advances by a team from Cornell University led by Dr. Toby Ault. While droughts in the southwest are somewhat cyclical, it is the level of severity that has scientists concerned.

“Megadroughts are comparable in severity to the worst droughts of the 20th century but are much longer in duration,” said the Cornell team. “A megadrought in the Southwest would impose unprecedented stress on the limited water resources in the area, making it critical to evaluate future risks not only under different climate change mitigation scenarios but also for different aspects of regional hydroclimate.”

However, if countries continue to follow through with the terms of the Paris climate agreement to reduce emissions from the burning of coal, oil, and natural gas, the risks of megadrought cut by 50%, the researchers estimate.

Last year, the state of California imposed statewide cuts on water usage that took an aesthetic toll on street medians and front lawns. But many Californians have adapted by replacing green grass with more desert-friendly vegetation.