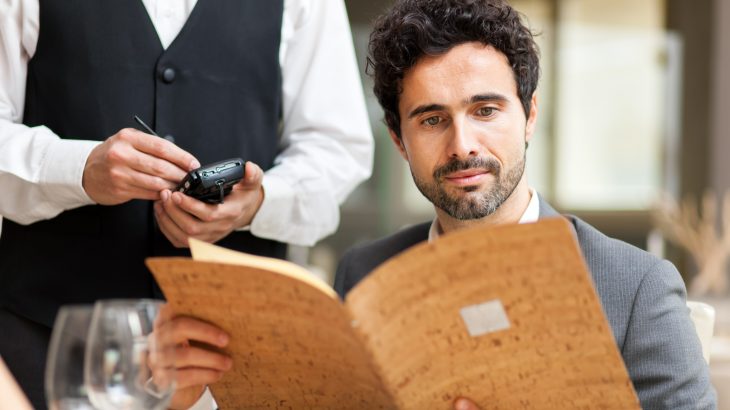 Ever since restaurants began adding calorie information to menus, some have questioned whether or not it actually impacts what customers decide to order.

But a new study has found that people will in fact choose dishes and appetizers with fewer calories if they have the information in front of them.

Researchers from Cornell University wanted to examine the effectiveness of displaying calorie information on menus in motivating healthier consumer decisions.

Most people probably don’t know exactly what they are eating in terms of nutritional value and calorie information.  It also doesn’t help that one-third of all food Americans eat is prepared outside of the home and out of view.

Some states and cities have laws that require restaurants to list calorie information, but is this an effective measure for driving consumer choices?

The Cornell researchers tested this question by conducting a randomized field experiment in two full-service restaurants with more than 5,550 participants.

Diners in the restaurants were assigned to one of two groups, either a control group with normal menus or another group with menus that had calorie counts displayed next to the food items.

The diners had to complete a survey at the end of the meal that asked about diet preferences, exercise frequency, and sociodemographic information.

The participants ordered both entrees and appetizers that had fewer calories when that information was displayed on the menu, but dessert and drink orders were unaffected by the calorie information.

What was surprising was that even the chefs at the restaurants weren’t quite sure of the calorie information in the dishes they prepared.

“Even if you’re an educated person who eats out a lot and is aware of nutrition, there can still be surprising things in these calorie counts,” said John Cawley, a co-author of the study which was published in the journal National Bureau of Economic Research.

The researchers also discovered that a majority of people were in favor of having calorie information listed on menus.

“It’s clear that people value this information,” said Cawley said. “It’s a cheap policy to put in place, and the fact that there is a reduction in calories ordered makes it appealing.”