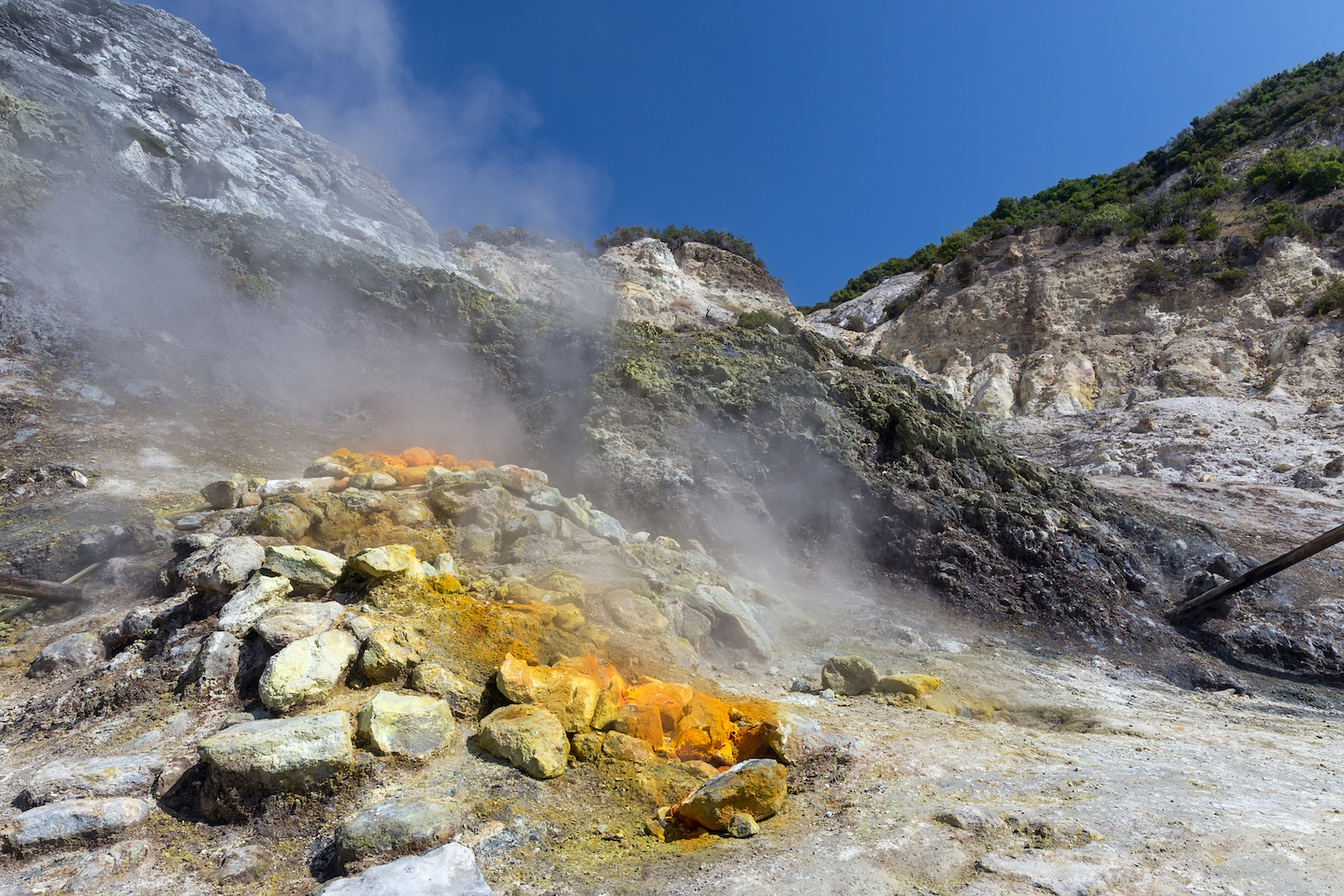 Southern Italy’s Campi Flegrei volcano has been restless for the better part of the last century, and the buildup of energy has led to several periods of seismic activity. Now, a new study suggests the next eruption of Campi Flegrei may occur sooner than previously thought.

The study comes from researchers at University College London (UCL) and the Vesuvius Observatory in Naples, and was published in the journal Nature Communications.

Since 1950, Campi Flegrei has experienced several two-year periods of unrest occurring in the 1950s, 1970s, and 1980s, which resulted in small earthquakes and ground uplift. A similar pattern of activity occurred over the course of a century 500 years ago, leading up to a big eruption in 1538.

It had been previously believed that the energy required to cause an eruption was lost after each period of unrest. But now, scientists have learned that the activity does in fact have a cumulative effect that makes the volcano more likely to erupt.

“By studying how the ground is cracking and moving at Campi Flegrei, we think it may be approaching a critical stage where further unrest will increase the possibility of an eruption, and it’s imperative that the authorities are prepared for this,” said Dr. Christopher Kilburn, Director of the UCL Hazard Centre.

“We don’t know when or if this long-term unrest will lead to an eruption, but Campi Flegrei is following a trend we’ve seen when testing our model on other volcanoes, including Rabaul in Papua New Guinea, El Hierro in the Canary Islands, and Soufriere Hills on Montserrat in the Caribbean. We are getting closer to forecasting eruptions at volcanoes that have been quiet for generations by using detailed physical models to understand how the preceding unrest develops.”

Campi Flegrei spans over 100 square kilometers just west of Naples and is the closest active volcano to London. So far, the periods unrest over the last 67 years have already caused significant disruption. The port of Pozzuoli has been particularly affected, where the ground uplift has shifted the port more than 3 meters out of the sea.