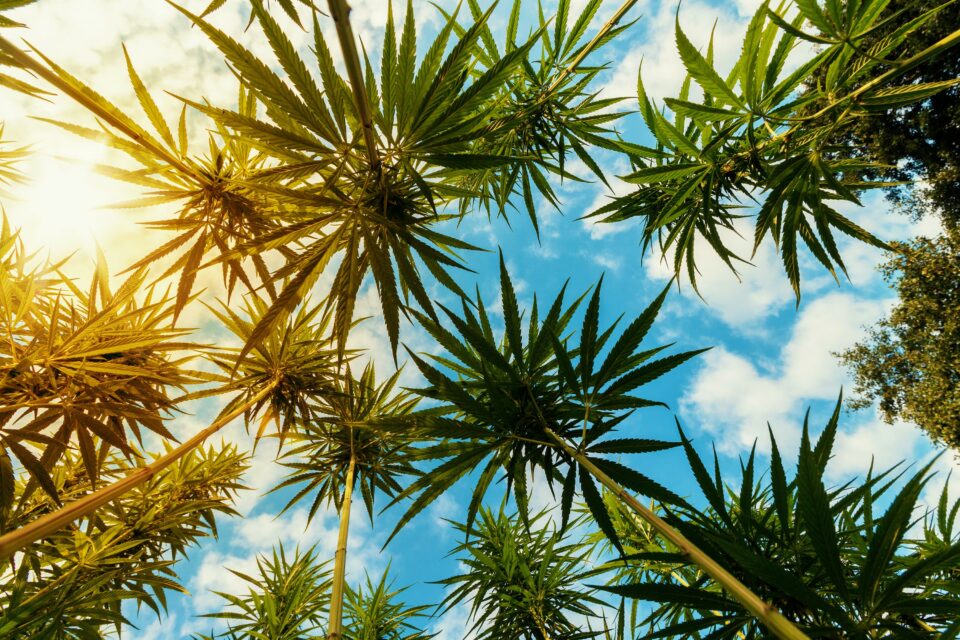 Synthetic cannabinoids are “designer drugs” that mimic the effects of cannabis and are popularly used as an alternative to natural cannabis. Typically synthetic cannabinoids are sprayed onto plant leaves and then smoked; they are often marketed as “herbal smoking blends” and sold under such common names as K2, spice or synthetic marijuana. In fact, they are not cannabis at all, but have been designed to bind to the same brain receptors that are responsible for the psychoactive effects of tetrahydrocannabinol (THC) in cannabis.

A new study, led by researchers from Washington State University, has now investigated whether the use of synthetic cannabinoid drugs has changed in recent years and whether this is linked to the status of cannabis legalization in different U.S. states. They hypothesized that in states with more liberal cannabis policies which allow access to THC-containing products for recreational and other purposes, there would be a decrease in the use of synthetic cannabinoid drugs.

It is not easy to monitor the use of these drugs because they are often designed to be undetectable in urine. In addition, their chemical structure is constantly being changed by illicit manufacturers as new versions are developed, so standard drug tests commonly don’t identify them. Instead, the researchers used data from the National Poison Data System (NPDS), a data management system owned by the American Association of Poison Control Centers (AAPCC). Cases of poisoning in people who take synthetic cannabinoids and end up needing medical care, or who die, are reported to the NPDS by clinicians and the general public, via regional poison control centers.

This approach provided the researchers with comprehensive coverage of poisoning due to synthetic cannabinoids in the U.S., and they were then able to investigate any links between cases of poisoning and the type of legislation pertaining to cannabis use in each state.

They analyzed data on poisoning for the years 2016 to 2019 and looked only at states that had stable policies concerning cannabis use during those years. In this connection, they placed states in one of three categories: those that had permissive legislation, like Washington State, allowing both medical and recreational adult use of cannabis; those that allow medical use of cannabis only, like Hawaii; and those that had restrictive legislation, like Idaho, where nearly all cannabis use is prohibited.

The researchers found that.during the years 2016 to 1019, there were 7,600 calls that reported poisoning due to synthetic cannabinoid use – about 65 percent of which required medical attention. There were also 61 deaths. The results of the analysis, published in the journal Clinical Toxicology, showed that cases of synthetic-related poisoning decreased overall during this time period but, while there were 13 percent fewer cases in states where only medical use of cannabis was allowed, there was a much more significant decrease (37 percent) in permissive states, which allow recreational or “adult use” of cannabis.

“This study shows some potential public health benefits to the legalization and regulation of adult use of cannabis,” said study lead author Tracy Klein, a WSU associate professor of nursing. “Based on both past research and this current study, it’s evident that users who have a choice to use a less toxic product would potentially do so.”

People who use synthetic cannabinoids actually report a preference for natural cannabis products, due in part to their lower negative effect profile including less hangover effects, less paranoia and more ability to function. The synthetic substances bind up to 100 times more readily with the brain receptors and lack any mediating constituents of whole plant cannabis, such as cannabidiol (CB). As a result, synthetic cannabinoids have a high toxicity and can lead to severe impairment, and even death.

An earlier study found that poison control calls related to natural cannabis use also increased between 2017 and 2019 across the U.S. but were driven mainly by manufactured products, such as plant-based vaping materials and edibles, which can contain high levels of THC. In contrast, poison control calls for whole plant cannabis declined during the same time period.

More research is needed to understand the use of these drugs better and the differences between them, Klein said. She pointed out that the study’s data set does not contain the rising popularity of synthetically derived Delta-8, marketed as a less strong form of Delta-9, which is the psychoactive cannabinoid found in naturally produced plant products.

“We know that there are many cannabinoids being developed and on the market – and the regulators are struggling to catch up,” said Professor Klein, who is also the assistant director of WSU’s Center for Cannabis Policy, Research and Outreach.

The current study likely underestimates the use of these drugs, the authors note, because the drugs are difficult to detect.

“You can’t easily test for illicit cannabinoids. A lot of times, we only find out if a patient has been using them because they’re hospitalized or because they’re dead,” said Professor Klein.